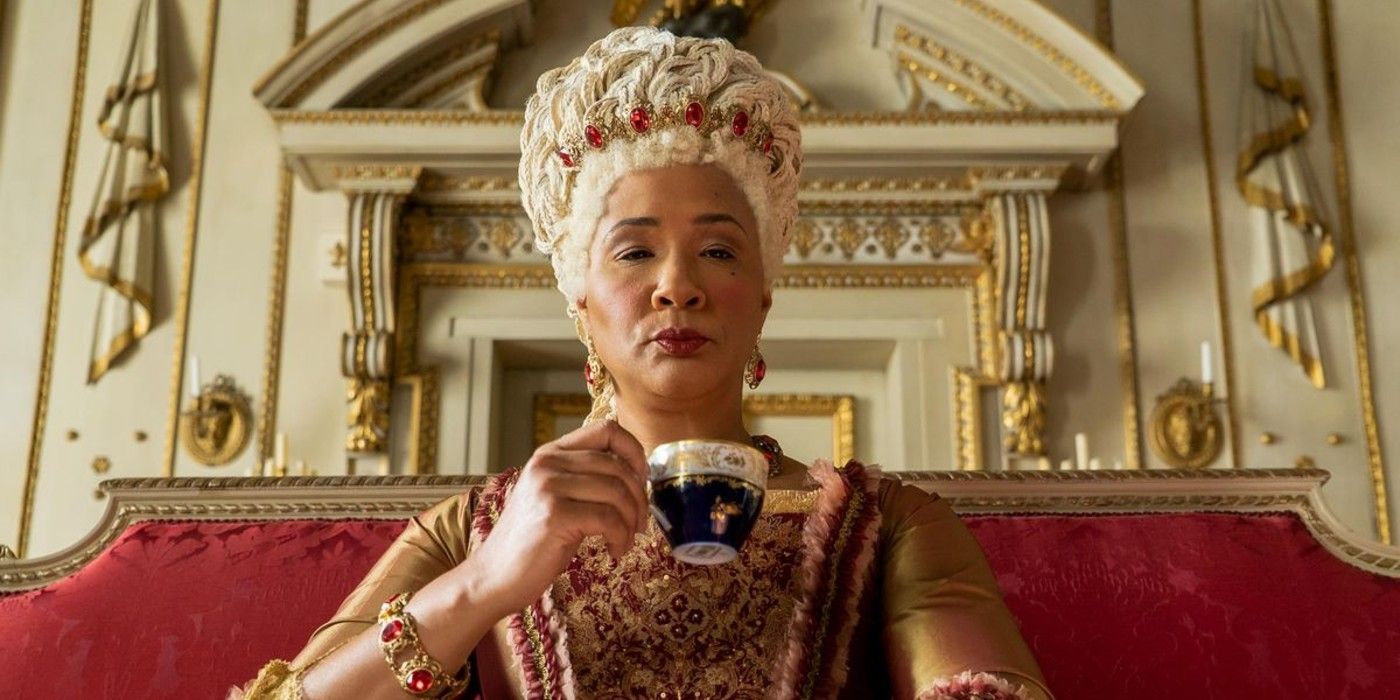 A Bridgerton spinoff about young Queen Charlotte is in the works. Golda Rosheuvel portrayed Bridgerton’s chief monarch in season 1 of the hit Netflix series. The character of Queen Charlotte was actually a real-life historical figure who was married to King George III, and she is thought to be England’s first biracial queen. Although Queen Charlotte was never a character in the Bridgerton book series by Julia Quinn that the Netflix show is adapted from, she was a pivotal figure during the entirety of season 1.

In its very first episode, the Netflix series introduces the Bridgerton and Featherington families though how the Featherington girls and Daphne Bridgerton fare during the debutante debut before Queen Charlotte. While the Featheringtons fail spectacularly, the queen is impressed with Daphne, declaring her introduction, “flawless,” and anointing her as the season’s incomparable. Without Queen Charlotte’s declaration, the chain of events leading to Daphne’s love story with the dashing Duke of Hastings (Rege-Jean Page) simply would not have occurred in such a spectacular fashion.

Netflix made a surprise announcement this week, revealing that a Bridgerton spinoff was in the works. The spinoff will focus on the young Queen Charlotte’s origin story. The official announcement also revealed that the spinoff will feature younger versions of two other fan-favorite characters. Check out the full statement from Netflix below.

While there’s no official word on who will be cast as the young Queen Charlotte, the spinoff news is a great surprise for Bridgerton fans. It will be interesting to see what sort of story the spinoff will tell regarding young Charlotte. Will they choose to follow the real-life Charlotte’s story, where she married King George III at the age of seventeen? It’s well established in Bridgerton season 1 that King George III had already succumbed to a form of mania that rendered him unstable. Perhaps the spinoff will feature Charlotte enjoying an entirely new romance before she becomes a monarch? There’s a lot of exciting plot possibilities for this spinoff story-wise.

Of course, delving more into the story of young Lady Danbury and Violet Bridgerton is rife with potential as well. The Bridgerton series has first and foremost always been focused on romance, so it’s safe to assume that the spinoff will focus on the respective love stories of the three fan-favorite Bridgerton women. An added bonus would be a chance to watch the three women come into their own as well, and learn how to love themselves.