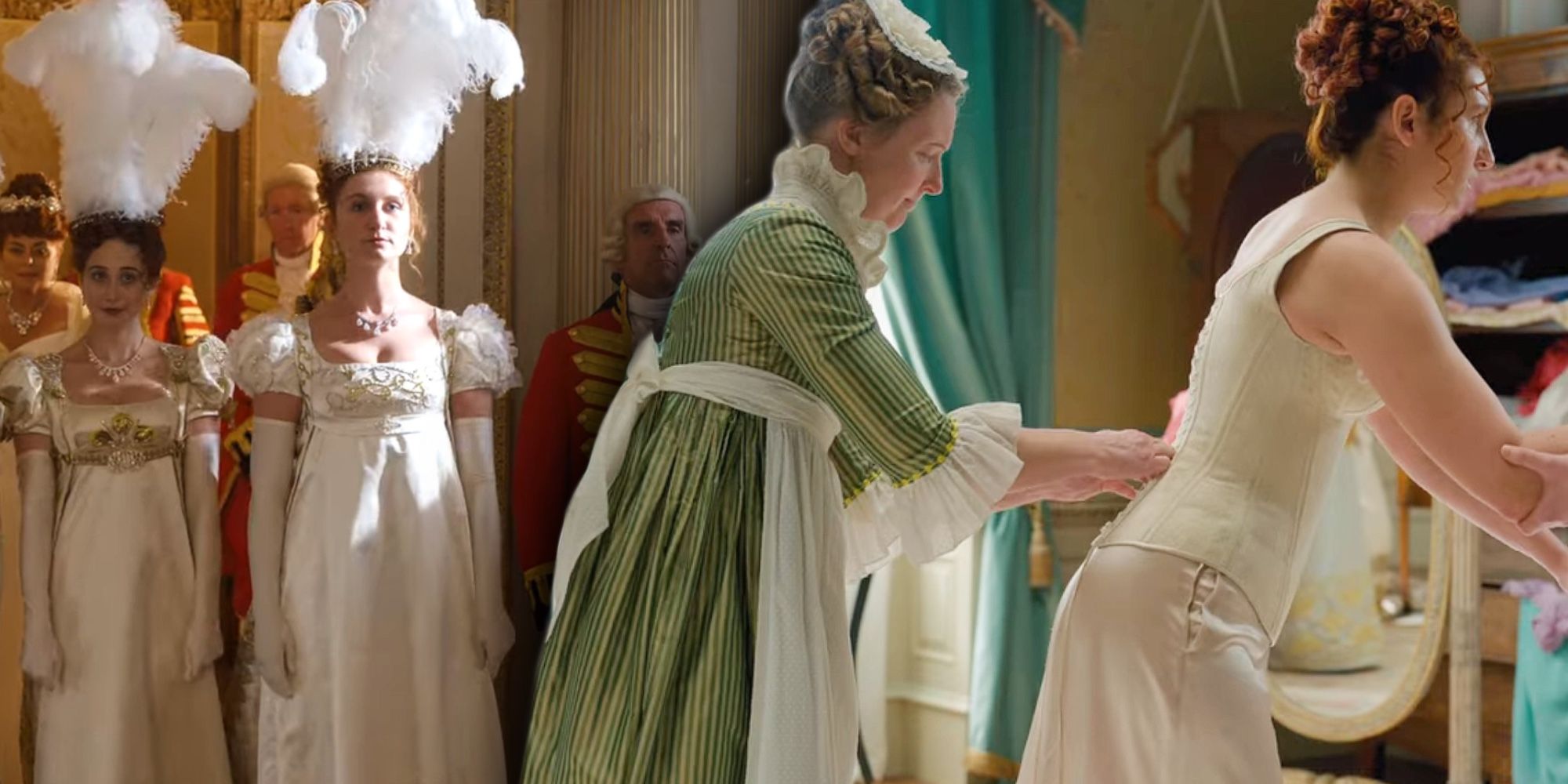 More importantly, Regency-era perceptions of beauty were different from today and it wasn’t necessarily fashionable to appear as small as possible. This idea is supported by popular clothing styles at the time. Pillar gowns with empire waistlines that sat just below the bust were all the rage. The Regency-style dress rarely shows off the wearer’s hips or waistline, rendering the practice of tight-lacing rather pointless. This means that – while Bridgerton is unapologetically modern and decidedly not historically accurate – Prudence’s tight-lacing still makes no sense.

Prudence Featherington is cinched into a corset so tightly that she can barely breathe, and then immediately puts on a gown that doesn’t hug her waist. It probably wouldn’t have made that much of a visual difference for Prudence to wear her corset a bit looser, thereby sparing her the shame of fainting in front of Queen Charlotte. Because of the dress that Prudence wears over her corset, the fact that her corset was tightly laced makes no sense. One possible explanation, though, is that Lady Featherington is not supposed to be fashionable. After all, she wears dresses that accentuate her waist during a time when that wasn’t in style. It makes sense, then, that she would force her daughter into an unfashionable undergarment that accentuates her waist as well.

More likely, though, is the explanation that our modern perceptions of beauty have shaped our historical perceptions of corsets. In other words, because a corset could conceivably be used to make someone appear smaller, we assume that’s how it must have been used because, in modern society, a smaller waist is widely considered to be more beautiful. Bridgerton’s creators and costume designers might have intended for the scene to be inaccurate because of what it would symbolize through a modern lens: patriarchy and unrealistic beauty standards.

However, corsets (as well as stays) were not historically considered to be the torture devices that Gone With the Wind, Pirates of the Caribbean, and now Bridgerton would have us believe. The intended purpose of corsets was not to force a person’s body into a contraption that distorted their organs and restricted their breathing, but merely to function as a supportive undergarment. And though women’s fashion has too often skewed toward being impractical and restrictive, corsets have somewhat undeservedly been reduced to a trope in Hollywood because of scenes like the one in Bridgerton.