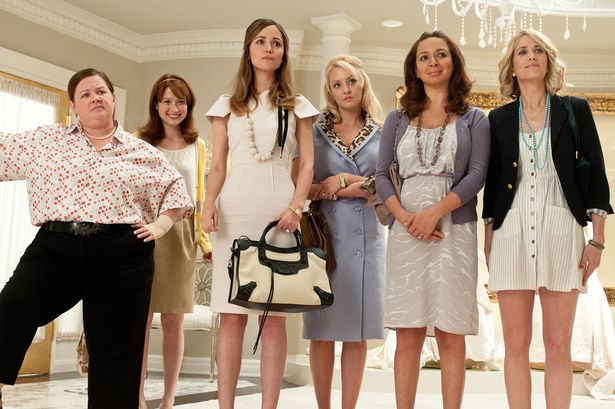 On the 10 year anniversary of Bridesmaids, director Paul Feig has revealed that a moment in the film was deleted because it went “too far.”

The chick-flick, which came out in 2011, starred Kristen Wiig as Annie, a struggling chef, who is asked by her best friend Lillian, played by Maya Rudolph, to be her maid of honour.

In an interview with Esquire, Feig reflected on one of the film’s most iconic scenes, which saw the bridesmaids get food poisoning after Annie takes them to a cheap restaurant.

At one point in the scene, Lilian was caught embarrassingly short in the middle of a busy street, whilst still wearing a wedding dress.

But Feig revealed that the iconic scene hadn’t been scripted from the off – well not entirely.

He explained that whilst Annie was always going to steer the girls towards a cheap dress and Helen was going to convince them to buy an expensive one, he didn’t feel like it properly told the story of the rivalry between the two girls.

This was when it was decided that Annie should take them to a terrible restaurant.

Talking of the scene that was cut from the film, Feig said: “There’s a deleted sequence where, after Becca throws up on Rita’s head, she has to throw up again, so she runs out of the bathroom and down the hall, thinking that there’s another bathroom at the end of the hallway.

“It turns out that the door opens onto Whitney’s office; she throws the door open and projectile vomits across this beautiful white office, and all over the wedding picture of Whitney and her husband.”

He added: “We shot a lot of outrageous stuff knowing that we could adjust the balance later. The minute we shot that sequence, we all said, ‘I think this is a bridge too far.’ So we scrapped that.”

Did you know this? Let us know in the comments.