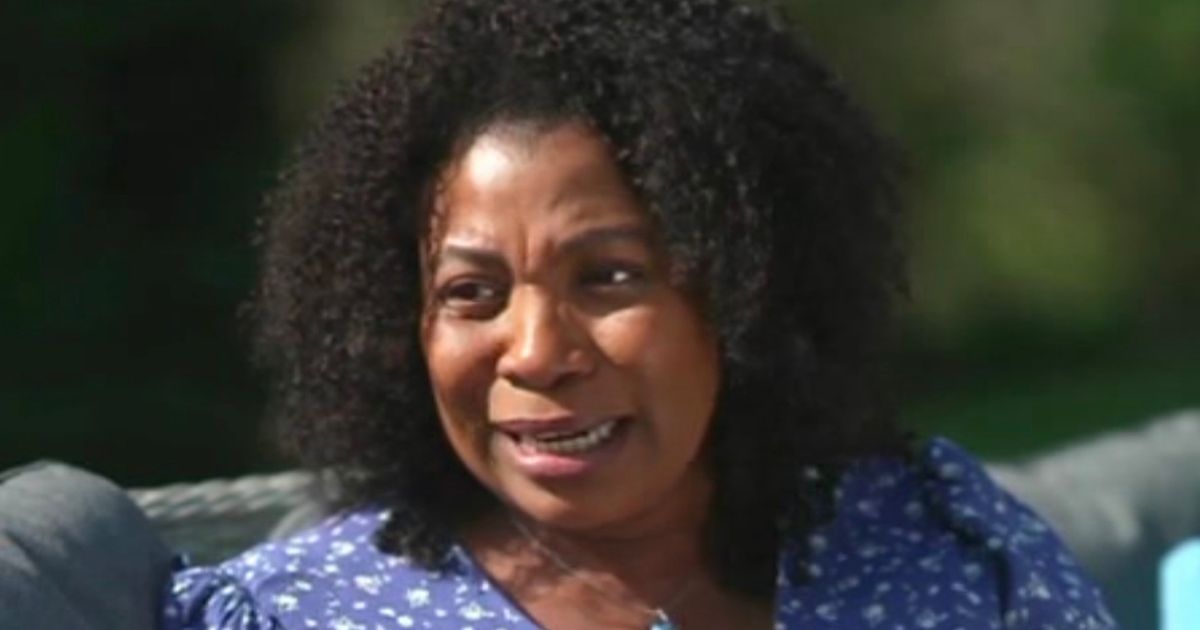 Brenda Edwards says she was with Jamal when he died

Brenda Edwards was in tears as she recalled being with her late son Jamal when he died.

The musical theatre star and Loose Women panelist, 48, appeared in her first TV interview today since her son Jamal’s death in February.

Speaking to Coleen Nolan, she was asked how she was doing and she replied: “I’m doing OK… I’m taking each day as it comes.”

Recalling the day he died, Brenda said: “The one thing that I do want to say is that I was with him and my sister was with him… it was sudden and it was unexpected and he went into a cardiac arrest.

“I get a little bit of comfort by knowing that I was with him… it’s a vision that I’ll never forget.”

Brenda speaks to Coleen in her first TV appearance since
(

Brenda revealed that she has a bedtime routine dedicated to her son that “keeps her going”.

“I wake up in the morning and I say ‘good morning baby’ and ‘goodnight baby’… doing that is what is keeping me going… I feel his presence constantly.

“I’ve always been someone who has faith and that has been a massive comfort to me.”

Brenda said that she had felt “overwhelmed” over the sheer volume of support they had received in the wake of Jamal’s death and that they were “so grateful”.

Opening up about the day of his funeral, Brenda said: “When we laid him to rest, it was really beautiful. When we looked up at the sky we saw a ‘J’.”

Jamal was the founder of the online urban music platform SB.TV and his work in the music industry led him to become friends with several celebs – including Ed Sheeran, Will.i.am, Professor Green and Rio Ferdinand.

Following his death, Brenda penned a statement and shared it with Good Morning Britain, which was read out live on air by Susanna Reid.

“It is with the deepest heartache that I confirm that my beautiful son Jamal Edwards passed away yesterday morning after a sudden illness. Myself, his sister Tanish and the rest of his family and friends are completely devastated. He was the centre of our world,” she shared.

She continued: “As we come to terms with his passing, we ask for privacy to grieve this unimaginable loss. I would like to thank everyone for their messages of love and support.

“Jamal was an inspiration to myself and so many. Our love for him lives on, his legacy lives on. Long live Jamal Edwards MBE, MBA, PHD.”

A string of Brenda’s Loose Women stars paid tribute to Jamal and vowed to support her, with Denise Welch writing: “My heart aches for my friend Brenda. I can’t bear it. Jamal Edwards was a wonderful son and brother [sad face emojis].”

Charlene White shared: “Your light shone so brightly that it touched so many of us, impacted the lives of many more, and changed the game forever. And, you are my Brenda’s son. There are no words to describe her heartbreak, our heartbreak, now that your light has gone. Sometimes life is terribly unfair.”

“I have just heard the heartbreaking news that @jamaledwards has died,” Saira Khan penned, “I am devastated for @brendaedwardsglobal and send her and her whole family my prayers and deepest sympathies. I met @jamaledwards whilst filming a children’s show and was struck by his humility and passion to help kids to believe in their talents.”

Why did Brenda Edwards leave Loose Women – what happened and when is she back?