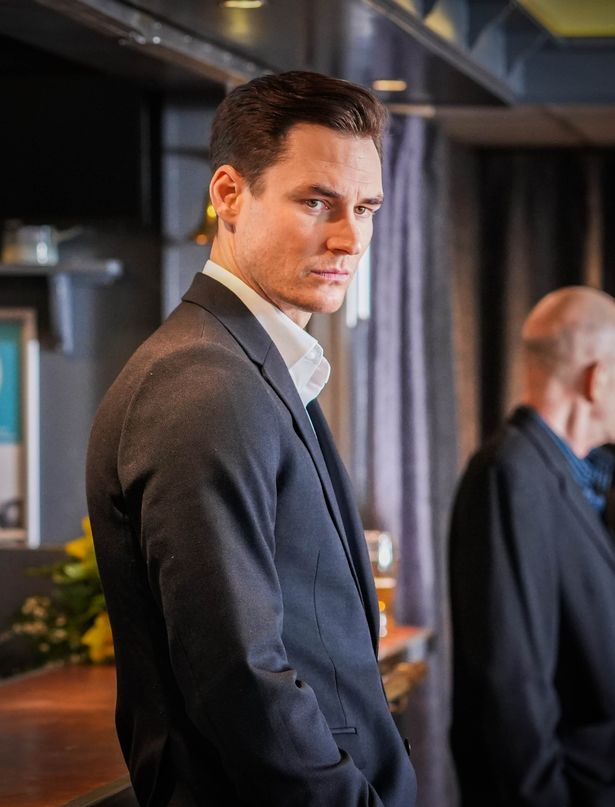 EastEnders newcomer James Farrar’s first scenes air next week and his debut is set to ruffle feathers, it has been revealed.

The hunky former Hollyoaks star, who will play Zack Hudson in a ‘ladies’ man’ role, makes his debut at Gavin Sullivan’s funeral.

And his introduction to the Square will no doubt raise eyebrows as it has been revealed he shares a connection with Sharon’s villainous biological father.

The episode will also see Kathy get the news that her ex-husband is dead, and she will deliberate over whether to pay her final respects.

Sharon will also mull over whether she wants to go to funeral after previously having a tumultuous relationship with Gavin.

“Zack certainly has a very complicated past and there is a real depth to him that I can’t wait to explore,” he added.

“We are all excited to see James bring the character to life and there’s plenty of drama in store for him – trouble is always just round the corner.”

Sharon was introduced as the adoptive daughter of Den and Angie Watts when EastEnders started on the BBC in 1985 and discovered Gavin was her father in 2015.

The scenes will air on Monday, March 15 and Tuesday, March 16 on BBC One .