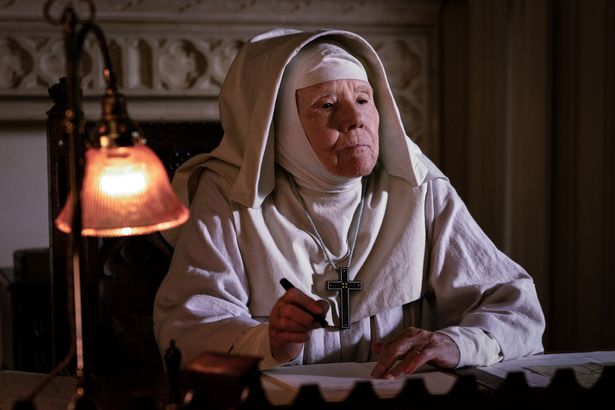 But all viewers could agree on the incredible performance of the late Dame Diana Rig, who died from lung cancer in September 2020, aged 81.

Her tole as Mother Dorothea was the last she filmed before she died, though she still has another role filmed that has yet to hit our screens.

The legendary actress will also be playing Miss Collins in film Last Night in Soho , which is due to be released next year.

Another remarked: “”Black Narcissus” was complete and utter sh**e. Really disappointing ending. Not worth the three one hour episodes. #BlackNarcissus “.

But other viewers enjoyed the show, with one writing: “Well I don’t know about you lot but I thought that was terrific. Arterton, Nivola and Franciosi all bang on the money. Beautifully made, great music, looked stunning. Top work everyone. #BlackNarcissus “.

* Black Narcissus is available to watch now on BBC iPlayer