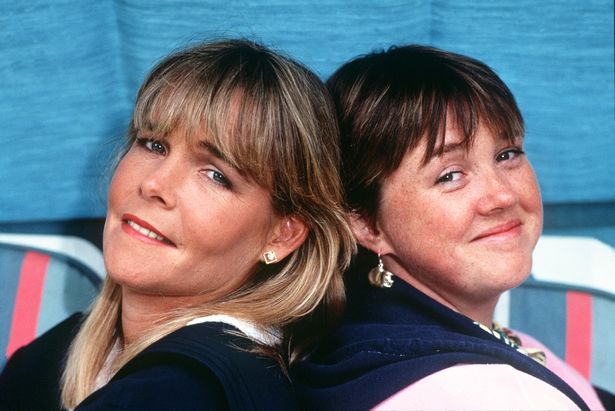 Birds Of A Feather has been canned by ITV after lead actress Pauline Quirke quit over a rumoured feud with co-star Linda Robson.

Speculation has been swirling around their once-tight friendship for months after Pauline declined to take part in the Christmas reunion special, leaving Linda and Lesley Joseph – who play Tracey Stubbs and Dorien Green respectively – to appear in it alone.

And now that Pauline – who played Tracey’s sister Sharon Theodopolopodous – has ruled out appearing in any potential future episodes, it seems ITV has taken the decision to axe the series for good.

Pauline, Linda and Lesley are said to have fallen out during an argument at Teddington Studios in West London, which got so heated crew members had to separate Pauline and Lesley as they squared off outside the women’s toilets.

At the time of the Christmas special, Pauline’s absence was explained as Sharon being away on a cruise.

It’s believed Linda and Lesley thought they’d be able to replace Pauline with a younger actress in the same role before ITV pulled the plug.