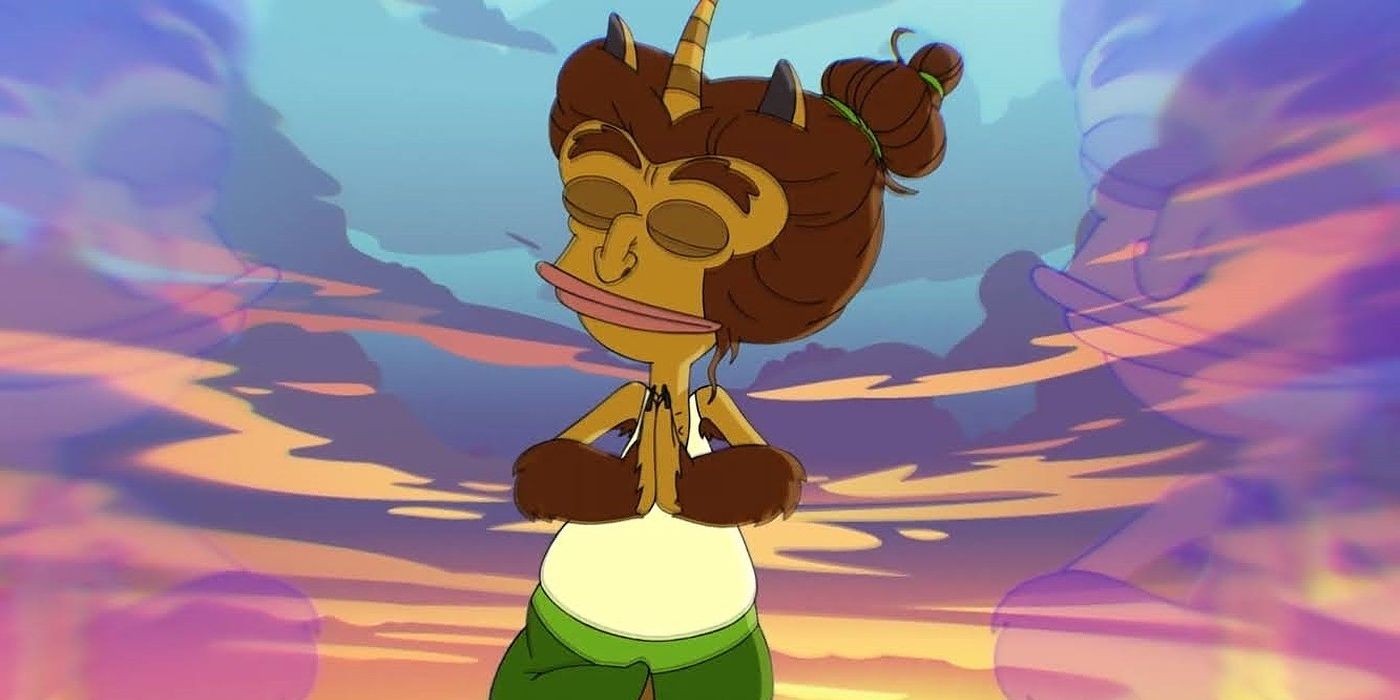 Netflix has shared Maury the Monster’s guided meditation video ahead of Big Mouth season 4. The hit Netflix original series is set to return December 4. Big Mouth is an adult animated comedy show about middle schoolers Nick Birch, Andrew Glouberman, and their friends as they venture through the highs and lows of puberty. Both Andrew and Nick get assigned to a hormone monster, who appears when the boys are experiencing the awkwardness of adolescence every episode to hilarious effect. Maury is Andrew’s hormone monster, serving as the literal personification (or rather, monster-fication) of Andrew’s hormones.

In a hilarious new Big Mouth season 4 promo video from Netflix, Maury leads the viewer through a guided meditation. Of course, he manages to convey the meditation instructions in a lewd manner, which makes perfect sense for his character. Check out the fun and rather psychedelic video below.

Maury’s meditation seems to play in to season 4’s theme of exploring anxiety, what with the trailer for the new season introducing Tito the Anxiety Mosquito. The great thing about Big Mouth is that it explores subjects everyone has had to go through in humorous ways, particularly via Maury’s character and the other monsters. Approaching issues like depression, sexuality, hormones, and anxiety in a comedic manner without making light of said issues is no mean feat. Big Mouth accomplishes this with aplomb and continues to be consistently hilarious.

With Big Mouth already renewed for seasons 4, 5, and 6, fans will certainly see a lot more of Maury the Hormone Monster. It will also definitely be interesting to see how Nick, Andrew, and company will deal with Tito the Anxiety Mosquito as well. Regardless of plot details, season 4 of Big Mouth will likely keep fans laughing all the way to season 5.