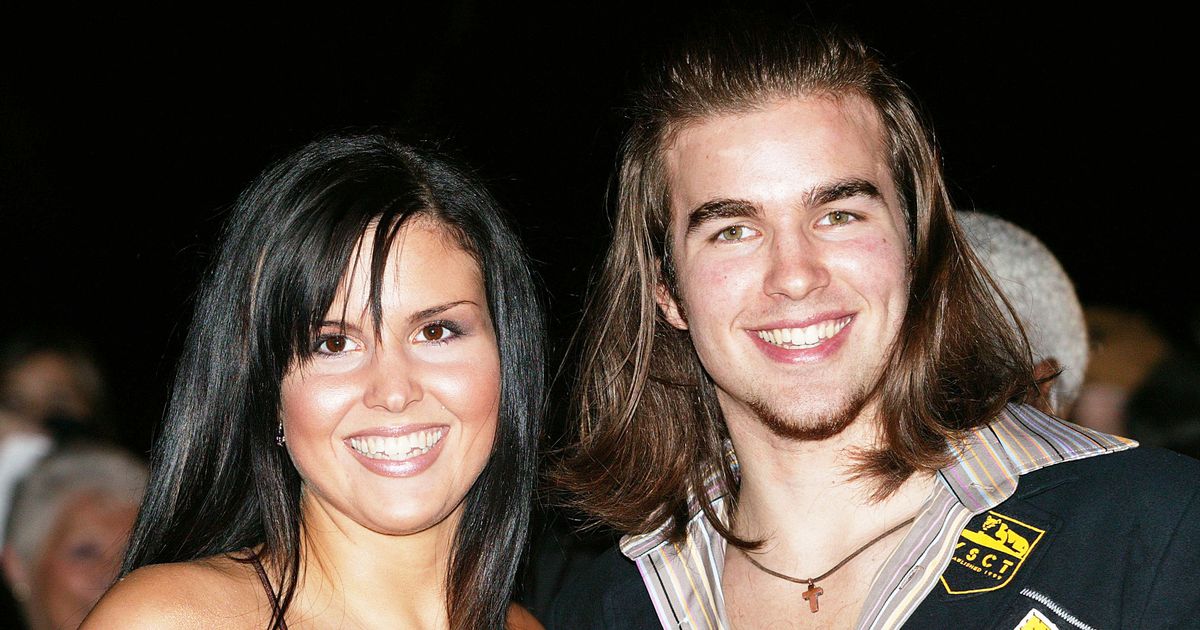 Blazing rows, amorous exchanges and eye-popping romps under the table were just some of the reasons almost 10million of us tuned into Big Brother in its early 2000s heyday.

The fly-on-the-wall reality show launched the careers of reality stars including Nikki Grahame, Alison Hammond, Brian Dowling and Jade Goody, and some of the most entertaining mismatched celebrity couples of all time.

In between the screaming arguments sometimes blossomed tender romances as housemates fell in love with one another, with many even going on to tie the knot after they left the Big Brother house – while some exes are still taking jabs at each other now, all those years on from their fling.

But which of our favourite Big Brother couples are still together now, happily married with kids, which fizzled out slowly and which went out with an almighty bang?

Helen now works as a hairdresser and has a little girl
(

Helen Adams and Paul Clarke fell in love instantly when they met on the second series of Big Brother in 2001.

Following their stint on the programme, the pair did manage to stay together for another five years – but then sadly split.

They told Heat that they realised they got on better as friends and also blamed the pressure of fame for the break-up.

Paul claimed the last few months had been “hell” and Helen insisted they would stay close friends.

She also claimed on Loose Women that she and Paul were once offered a ‘fly-on-the-wall’ documentary series about their life together, but they turned it down, opting to live out of the limelight.

Helen moved from London to Bristol where she works as a hairdresser, and is now happily married to someone else, with whom she has welcomed a baby girl.

Sophie and Lee got engaged and then married live on television
(

Lee Davey and Sophie Pritchard got together during the third series of Big Brother, and made history when they were the first couple from the show to get married.

Lee popped the question to Sophie live on television on Channel 4’s RI:SE, and one year later was their star-studded wedding ceremony.

They had a son named Maxwell, but ten months after he was born the couple got divorced.

Sophie opted to ditch fame while she focused on raising her son, while Lee performed as a stripper in Dreamboys, and now writes for French football website PSG Talk.

Michelle Bass and Stuart Wilson starred on the fifth series of the show and they could not wait to begin their passionate romance together.

So much so, they are thought to be the first ever couple to have had sex in the Big Brother house.

They also famously romped under the table in scenes that are seared into our brains to this day.

But the pair would split up just one year after their stint on the show.

Michelle went on to marry hypnotist Steve McKeown and she re-entered the BB house for Ultimate Big Brother in 2010, making it to the semi-finals.

Stuart reportedly tried to break into the music scene, auditioning for James Bourne’s band Son of Dork when Busted split up, but he didn’t have any luck.

In 2018, Michelle said: “Me and Stu were together a year after Big Brother and we just went our separate ways in the end. It wasn’t meant to be.

“When was the last time anybody saw him? Does he even exist anymore? Who knows?” she joked.

Maxwell claimed his romance with Saskia cost him a win
(

Saskia Howard-Clarke and Maxwell Ward fell in love in the show’s sixth series, and they were subjected to plenty of naysayers who claimed they could not go the distance.

They were wrong- Saskia and Maxwell actually lasted for two years after the series ended.

They are both now in new relationships, but that did not stop Maxwell from hitting out at Saskia in an interview, claiming their romance held him back on the show.

“I’m not blowing my own trumpet, but if I hadn’t got with [Saskia], I would’ve won the show hands down,” he said.

Dance teacher Grace Adams Short met Mikey Dalton on the seventh series of the show, while they were both in their early 20s.

They fell in love on the show in 2006, when Grace was one of the show’s most controversial housemates, throwing a glass of water in fellow housemate Suzie Verrico’s face for nominating her.

They pair tied the knot in 2009 and 12 years on, they are still together and are now parents to three children, Georgina, Spencer and Allegra.

And they recently had fans incredibly nostalgic as they announced they are expecting their fourth child together, with their followers amazed their love had stood the test of time so well.

Following their time on Big Brother, Grace set up performing schools across the nation, invested in property and recently sold her company for millions, it was reported.

“People think we’re mad to have a fourth, and maybe we are, but we couldn’t be happier,” Grace told OK!.

“It’s been a pretty good pregnancy, when you spend all day running around after the kids, you don’t have time to think about anything else, they’ve kept me more than occupied,” she added.

“We’re all delighted and can’t wait to meet our new little one!”

They have three children and are expecting a fourth
(

Grace also penned an Instagram post last year where she admitted she never expected to meet her soulmate on Big Brother.

“I just want to say a huge thank you for all the lovely messages I’ve had about Mikey and I and our family,” she wrote.

“14 years ago at 20 years old I decided to go on Big Brother for a bit of fun for the summer I never thought I would have found my future husband!!

“Yes I was opinionated and had far too much to say (I don’t think this has really changed if you ask Mikey) 3 kids later we are so close and happy and truly grateful for what we have.”

Nikki Grahame and Pete Bennett also fell in love during the show’s seventh series, and stayed together for a brief time outside of the house.

They did photoshoots together and talked about plans to have a family, but split after a few months.

However, the pair remained firm friends right up until Nikki’s sad death earlier this year, with a heartbroken Pete posting a video sobbing as he paid tribute to the much-loved star, who died from anorexia aged 38.

They stayed good friends after their split, until Nikkie’s sad death this year
(

“I thought to myself yeah we could save her, but we couldn’t,” he said.

“But it’s okay she’s in a good place and she’s not suffering anymore.

“So I’d just like to raise a f***ing glass, or bottle of wine more like, for Nikki Grahame.”

Chanelle Hayes and Ziggy Lichman embarked on a romance in the show’s eighth series, although it briefly came to an end before they even left the house, when Ziggy told Chanelle “it’s not you, it’s me”.

But they gave their relationship another go when they left the house, managing to last six months on the outside world.

But Chanelle ended up dumping Ziggy to focus on her career.

She had a highly publicised battle with her weight, releasing a fitness DVD and losing eight stone – and she now runs a cake making business and is training to be an aesthetician.

Chanelle now has two sons and runs her own business
(

She’s also starred on Loose Women and This Morning, while she raises her two children, Blakely, ten, and Frankie, four.

She found love with Ryan Oates but the pair recently split up, and before that she was in a relationship with footballer Matthew Bates.

Meanwhile, Ziggy works as a doorman at a London nightclub, and Chanelle said last year that the pair still speak sometimes.

“Yeah, we’ll chat every now and again,” she said.

“I don’t talk to anybody else from the show really.”

Lisa Appleton and Mario Marconi entered the Big Brother house as a couple, and during the ninth series of the show, Mario popped the question while they were in the BB House.

Two years later, they walked down the aisle on Channel 4 show The Wedding House, and had big plans for a reality TV show together, which they even filmed, but it transpired they had been duped by a conman.

He convinced the couple they had landed a reality TV series, lucrative magazine deals and were on the verge of cracking Hollywood – but then he vanished into thin air – taking their money with him.

“There was times that I was so low I thought about giving up,” Lisa told the Daily Star. “I had no money and I was signing on – he destroyed my life, confidence and dignity.

“[He] was nothing more than a conman. When he disappeared we were penniless and homeless, we had nothing.”

After eight years together and reportedly due to their heartache from being conned, Lisa and Mario divorced in 2013.

Speaking about the split, Lisa said: “Towards the end we just hated each other – [the conman] tore our lives apart and destroyed our relationship.

“Mario and I were unhappy for a while – our whole world fell apart around us when we got conned.”

This Morning star Josie Gibson began her TV career on Big Brother, where she met John James Parton, and they slowly developed feelings for each other before she went on to win the series.

But some fans had doubts that he was not genuine, and the pair made a go of things outside the house, even speaking about their plans for marriage and starring in her reality show, There’s Something About Josie.

But the following year, Josie was left heartbroken when John James reportedly left her for another woman.

Now, Josie is a regular on daytime TV and has welcomed a son named Reggie-James, who is now three, while John James starred on the Australian version of Love Island in 2018.

He recently told OK! : “I have regrets in the way that Josie and I handled things outside the house. I’m not saying the relationship would have continued. We’re both stubborn people.

“If you sat us both down now, it would still be intense. But deep down we both know we handled it in the wrong way. It got heated and nasty towards the end.

“So I regret that, but at the same time I don’t think you could sit us in the same room and have a civil conversation.”

Josie scathingly responded: “It was horrific, what John put me through – he has a very funny memory.

“I don’t pretend to be somebody I’m not. It was a relationship that went on a couple of months too long,” she told New magazine.

“To this day I don’t know if the guy loved me or not. I was with him and not even I can work him out.”