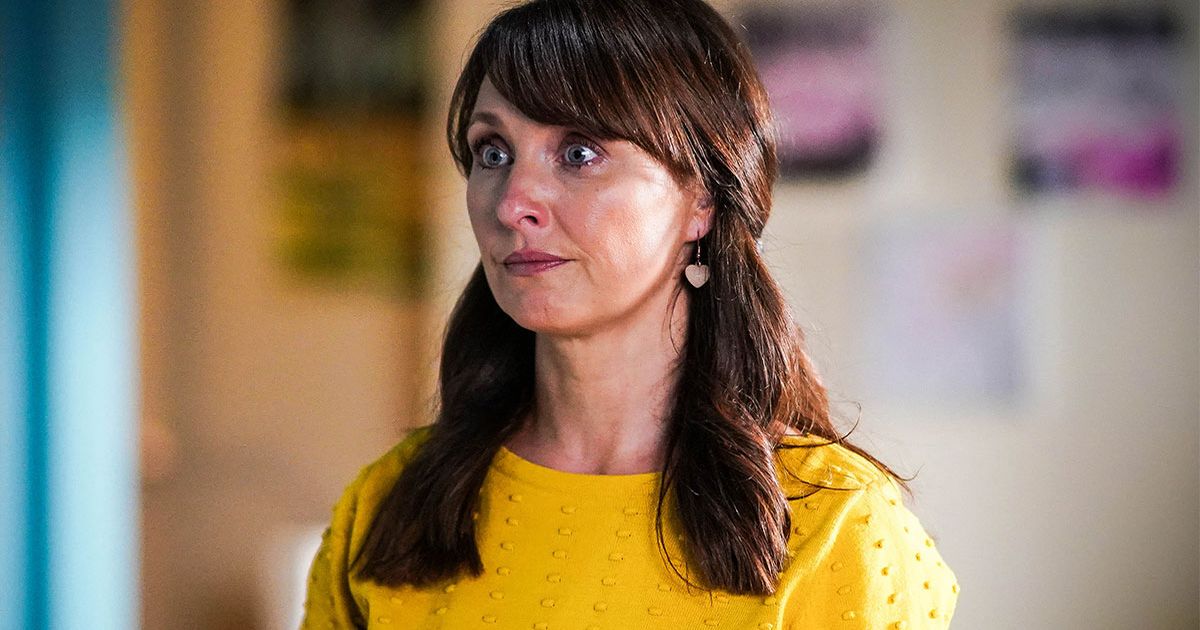 Honey Mitchell leaves Walford on EastEnders next week after a clash with Suki Panesar.

Next week sees Honey struggling after Suki forced her into working ate shifts at the Minute Mart after the kiss.

Honey decides to ask her manager for time off for daughter Janet but is rejected by Suki.

Biting back at Suki, Honey calls out how she has been treating her since the kiss.

Later on, Honey reveals to her boyfriend Jay Brown and her ex-husband Billy Mitchell that will not be travelling with her daughter Janet to Miami.

Jay begins to get suspicious about what is going on with Honey and seeks out answers.

Meanwhile, Suki’s eldest son Kheerat Panesar is wondering what is troubling his mother before Jay questions Suki himself about her treatment of Honey who lies and says that Honey has been performing badly at work.

Jay is furious about what happened and speaks to Honey directly.

Honey confesses all about Suki kissing her and goes to confront Kheerat about the kiss, prompting Suki’s son to slam him against the wall.

Kheerat accuses Jay of lying as they share a violent clash.

The businessman soon confronts Honey for the “lies” about Suki, prompting Honey to remain adamant that Suki kissed her and has treated her badly since.

Suki is later confronted by Kheerat about the kiss, horrified that Honey has revealed what happened.

A furious Suki then pays a visit to Honey and threatens her, slapping an upset Honey.

However, it is Honey who soon turns the tables on her boss by threatening to tell everyone about what Suki did to her now-dead son, Jags Panesar.

Jags was killed in prison earlier this year after he was framed by his own mother Suki for a crime that her youngest son Vinny Panesar had committed.

As the week draws to a close, Honey reveals that she is going to Miami with Janet for the trip, after all, prompting Billy to move in with former love rival and surrogate son Jay while the girls are gone.

Finally, as Honey prepares to depart the Square for her trip to Miami, Jay suggests she pays one final visit to Suki to deliver her a comeuppance.

*EastEnders airs on Mondays, Tuesdays, Thursdays and Fridays on BBC One with previous episodes available on BBC iPlayer.

Who is EastEnders’ Liam Butcher? Bianca Jackson’s son returns after six years away