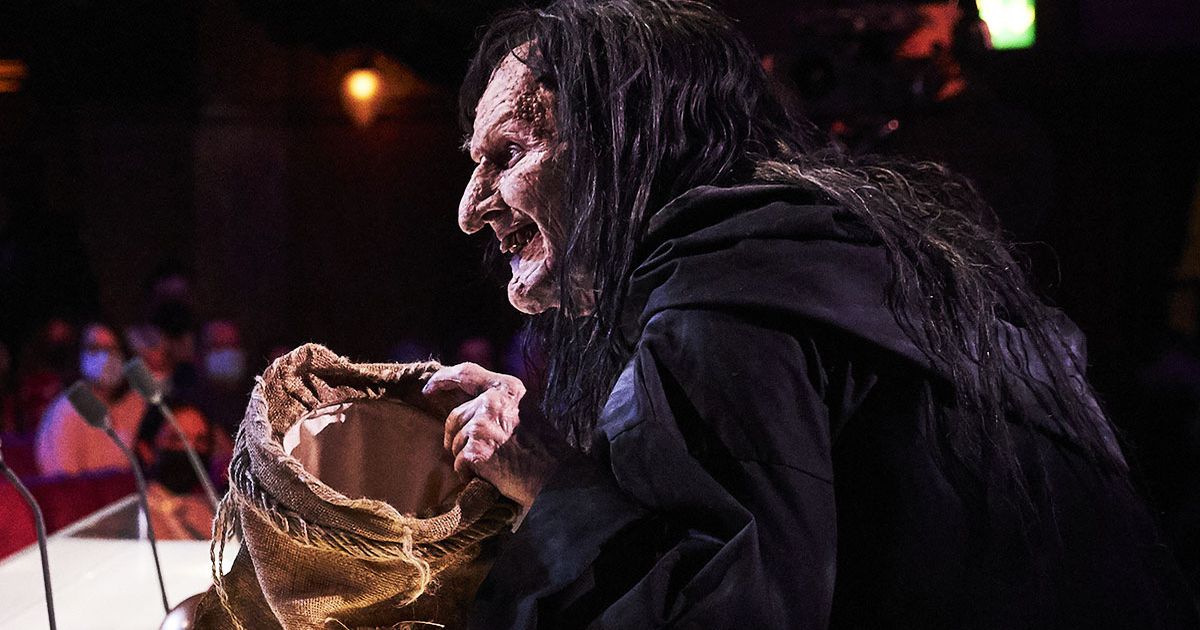 Britain’s Got Talent will be back with a bang tonight as mysterious magic act The Witch is among the first semi-finalists taking to the stage for the live shows.

The ITV show will go live for the first time in nearly two years after a break due to Covid and we can expect all manner of chaos to erupt.

BGT’s creepiest magic act has snared the interest of the public as fans continue to speculate who is behind the the mask.

Also set to perform are an impersonator, an incredible busker, a ventriloquist and a certain Golden Buzzer act.

The 77-year-old rocked the stage during his audition with a rendition of Land of 1000 Dances.

Mel blew away all the judges away with his incredible vocals and got everyone on their feet and dancing.

Mel Day will be back on the BGT stage
(

“You’ve got such a naughty streak about you and you’ve still got it baby,” Amanda Holden gushed at his audition. “Amazing!”

“When you’ve got soul it just never leaves you,” Alesha Dixon added.

London-based gospel choir wowed the judges during their audition with a medley of Love Train by The O’Jays and Anytime You Need a Friend by Mariah Carey.

After their incredible performance, the choir received a standing ovation from all the judges.

“Oh my god, watching that was like drinking 20 Beroccas,” Amanda laughed. “It was fantastic.

“What an injection of life and energy. It was brilliant.”

David Walliams added: “It was just incredible from start to finish.”

The 13-year-old brought his chicken puppet to the audition, with the pair even going on to sing on stage.

Afterwards, David gushed: “You have an incredible talent. Not just ventriloquism but to entertain people.

“I just thought that was absolutely wonderful.”

Alesha Dixon added: “I absolutely loved that. It was so slick. All the while [I was thinking] I cannot believe you are 13 years old! It was very funny and Chuck is very, very naughty.”

Busker Maxwell left the judges speechless with his rendition of Caruso.

The shy singer, 32, had everyone on their feet with his incredible voice, even reducing Amanda to tears.

“Seriously, you’re so quiet and shy and then that happened,” Simon Cowell said in shock. “Your passion and your voice and just you I thought made in incredible. It was like one of those movies – this wasn’t supposed to happen and it was brilliant. Amazing.”

Amanda added: “I feel for you because you are extraordinarily talented.”

Suzi impersonated the likes of Her Majesty the Queen, Lorraine Kelly, Janet Street-Porter and Kirstie Allsopp during her audition.

“It was so instantly funny,” David said. “The act is really well thought out – you get to a great joke and you’re onto the next one.

“We love it when people do impersonations,” Alesha said. “It was spot on, well done.”

David’s Golden Buzzer! This dance group for people with disabilities impressed all in the Palladium with their dance to You Can’t Stop the Beat from Hairspray.

As their audition came to an end, all four judges gave them a standing ovation before giving their feedback.

Born To Perform received a Golden Buzzer from David
(

“I absolutely loved it guys. In fact, I loved it so much that I’m gonna do this…” David said before pressing his buzzer.

Viewers were left in tears after the group received a well-deserved instant ticket to the semi-finals.

But who could be behind the mask?

An early theory was that it could be former BGT performer Marc Spelmann, who was a runner up in series 13 back in 2019 under the guise of a performer named ‘X’.

Everyone is speculating who The Witch could be
(

However, a new theory took off – with many convinced the witch could actually be ITV star and host of Celebrity Juice Leigh Francis, who is more regularly known by his character name, Keith Lemon.

The 49-year-old comedian has played the grandmother of Amanda in the past, getting dressed up in cosmetics to play a character in Bo Selecta.

It’ll be the battle of the magicians tonight as Junwoo will be going up against The With.

The 23-year-old, from South Korea, performed an inspiring sleight of hand card tricks.

Afterwards, Dec was frustrated that none of the judges had pressed the Golden Buzzer – which they couldn’t do themselves as they had already used theirs.

“If we had a Golden Buzzer, I’d hit it for him,” Dec declared backstage.