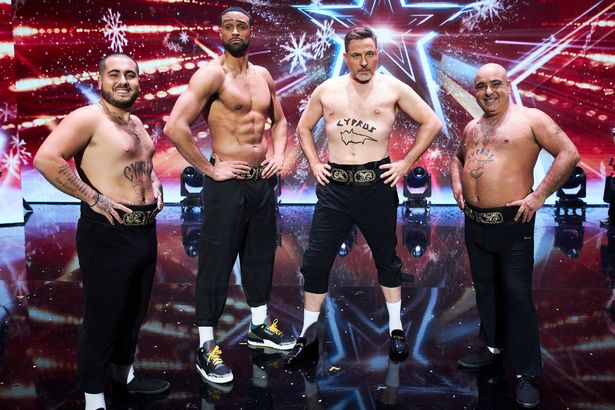 The Britain’s Got Talent team will gather round the fireplace for this year’s Christmas special – but they won’t be doing things by hearth.

The talent show will broadcast on December 25 for the first time this year and feature hosts Ant and Dec dressed as elves.

The spectacular special will welcome to the stage the most memorable and talented acts from the past 14 years and, in a first for the show, they will be collaborating and performing together.

David Walliams and Ashley Banjo strip off to join Stavros Flatley on stage, in what insiders say will be the performance of the night – leaving fellow judges Amanda Holden and Alesha Dixon in stitches.

They reached the final of the series, finishing fourth behind Diversity, Susan Boyle and Julian Smith.

The only person missing from the Christmas special is Simon Cowell, who is yet to return to the panel after breaking his back falling off an electric bike in August.