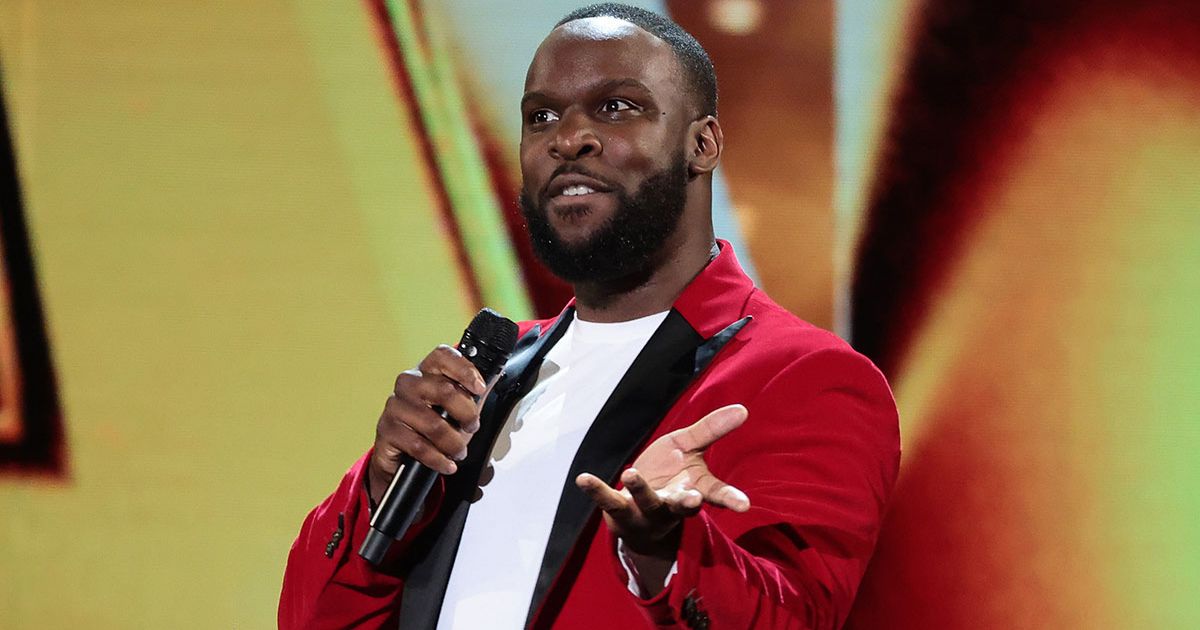 Britain’s Got Talent fans have been left fuming after tonight’s result as Axel Blake took home the top prize. Angry viewers claim he shouldn’t have won as he’s a ‘professional’ comedian and has his own show

Britain’s Got Talent fans have branded the show a “fix” after Axel Blake took home the top prize.

The comedian triumphed in the 2022 final, beating young ventriloquist Jamie Leahey to the crown, as well as singing teacher Tom Ball, with the pair placing second and third respectively tonight.

However, angry fans have been left frustrated by Axel’s win, as they took to Twitter to fume how he already has his own Amazon Prime show and works “professionally” as a comedian, having performed his own headline show in the past too.

Viewers rushed to social media to fume over the result, insisting there were other more deserving winners.

Axel was thrilled to win
(

“Adele might as well audition next year. What an absolute load of rubbish. Congratulations to the already established, millionaire comedian (who isn’t actually funny) #Fix #BGT,” one angry fan penned.

A second added: “Absolute fix this the bloke has a series on Amazon Prime. Feel bad for the young chicken lad he deserved it.”

“I’m sorry but the guy with his own show on prime wins over the little kid who actually has a talent that not many people in the industry has nowadays what a fix #bgt #JamieAndChuck,” a third shared.

Others said Axel had an unfair advantage because he was Simon Cowell’s Golden Buzzer act.

“What an absolute FIX…it’s a disgrace. That unfunny comedian has already got his own show on Amazon Prime…plus he’s Simon’s golden buzzer – what a surprise. Tom should’ve won – he was the best by a million miles,” they shared.

“Jamie did really well though. I won’t be watching next year.”

Another wrote: ” @BGT What a fix… the winner has his own show on Amazon Prime and has sold out shows at the O2 why can’t someone win this who actually NEEDS the prize money and the start to their dream? #fixed #bgt.”

“So a guy that’s already done shows and is a professional comedian wins #BGT? Also, he was Simon’s golden buzzer! #Fix The show should be for amateurs trying to make a name for their-self!!” one penned online.

Axel – who has his own Amazon Prime show titled Axel Blake: I’m Not Gonna Lie – was thrilled to win the show tonight, left speechless by his triumph as hosts Ant McPartlin and Dec Donnelly asked how he was feeling about his win.