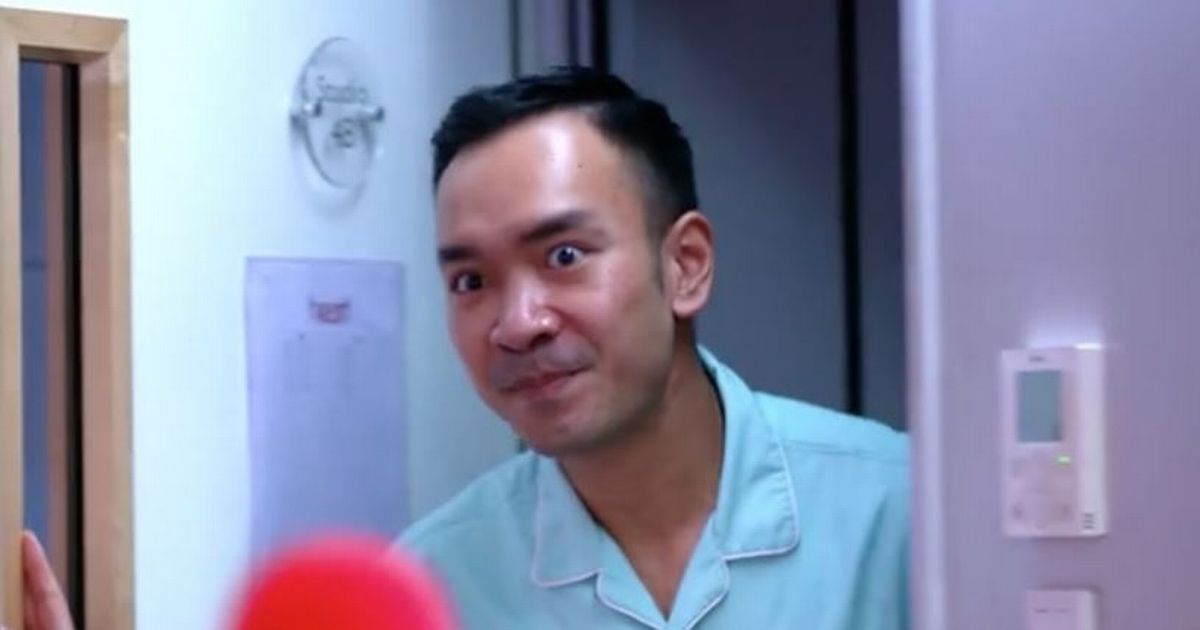 Oncologist Bambang Atmaja, 30, turned up at Heart radio station that morning believing that he would be speaking to the news team about being a cancer doctor – but he was actually being surprised with an invitation to audition for Britain’s Got Talent

Britain’s Got Talent were left raising their eyebrows as Amanda Holden was filmed ‘surprising’ a doctor with an invitation to the auditions.

Oncologist Bambang Atmaja, 30, turned up at Heart radio station that morning believing that he would be speaking to the news team about being a cancer doctor.

“In actual fact, I’m going to give him an invitation to come to Britain’s Got Talent and sing for us,” Amanda told her colleague Jamie Theakston.

Bambang was filmed being guided through the building towards the room and appeared shocked when he opened the door to Amanda and Jamie.

After it was revealed that his colleagues had nominated him to appear on the show, the young doctor was turned up to the auditions and blew everyone away with his rendition of Beyonce’s Listen.

But some viewers were left feeling a little sceptical that it was all a surprise.

One tweeted: “What is with all these set up acts #BGT.”

While another commented: “this whole show is staged lmao of course his audition is gonna be fake also #bgt.”

Viewers were wowed by his singing on the show
(

A third remarked: “Sure, this guy walks into a radio interview and gets an “invite” to BGT, never mind all the auditions and contracts he needs… #BritainsGotTalent #bgt.”

“So they are surprising a guy to come sing on #bgt ?..dont they invite all ppl on these days?” another questioned.

However, others gushed over his incredible voice, with one commenting: “Bambang did really well – He’s got a great soulful voice. However for a song like that you need much more power more oomph!! But he still did really well a great audition. #BGT”

While another commented: “What a voice #BGT.”

A third insisted: “Should have got the golden buzzer.”

*Britain’s Got Talent returns on Monday at 8pm on ITV