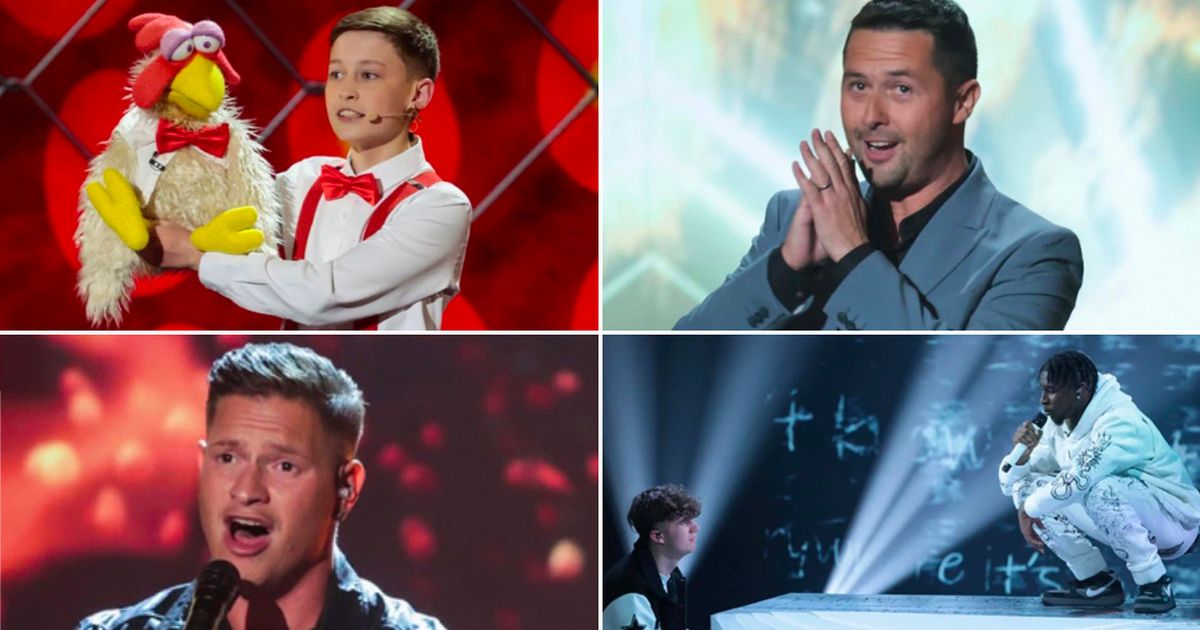 On the second night of the Britain’s Got Talent semi-finals, Ben Nickless and Flintz & Taylor joined Maxwell Thorpe and Jamie Leahey as finalists – creating the possibility of an all-male final

Britain’s Got Talent has been hit with accusations of a lack of diversity on the ITV talent competition as female performers have missed out on a place in the final so far.

On the second night of the semi-finals, Ben Nickless and Flintz & Taylor joined Maxwell Thorpe and Jamie Leahey to battle it out in Sunday night’s final.

While there are still another three semi-finals to go and the final three acts are chosen by the public, the lone four acts now in with a shot of performing for the Queen at the Royal Variety Show are all men.

However, the decisions from the public and judges’ votes have sparked a diversity row among viewers, who have complained at the prospect of an all-male final.

Taking to Twitter, one wrote sarcastically: “Lots of diversity in the final with the total of 0 women.”

Another suggested: “Think we need 2 BGT competitions. One for diversity/sympathy vote and another for the actual talent.”

The latest semi-final saw impressionist Ben Nickless make it through to Sunday’s final alongside duo Flintz & T4ylor, who won over the judges and adoring public.

They will be joined by opera singer Maxwell Thorpe and young ventriloquist Jamie Leahey after they secured their places in Monday’s opening live semi-final.

Ben was announced as the overall winner of Tuesday night after he did a string of hilarious impersonations on stage, leaving judges David Walliams, Amanda Holden, Alesha Dixon and Simon Cowell in stitches.

“Lots of diversity in the final with the total of 0 women.”
(

Ben’s brilliant comedic version of The Greatest Showman’s hit song ‘This Is Me’ saw him collect the most votes, with Flintz and Taylor and Amber and the Dancing Collies going to the judges’ vote after finishing in the top three.

Ben appeared on This Morning with hosts Alison Hammond and Dermot O’Leary to chat over his plans for the finale performance over the weekend.

But as the ITV daytime programme played a clip of his act, several viewers took issue with the format of his impressions.

Wednesday night will see eight more contestants battle it out
(

A second wrote: “Ask him why they have to put up the pic of the person he’s supposedly impersonating…”

The Mirror has contacted Britain’s Got Talent for comment.