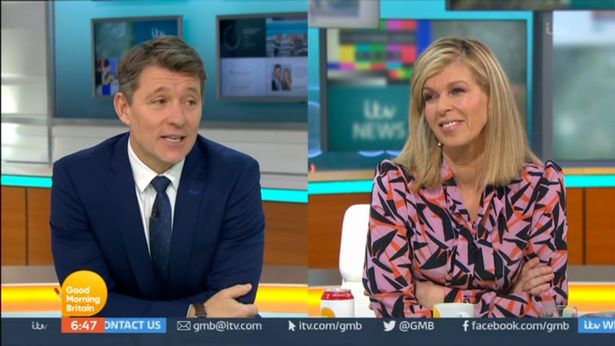 Ben Shephard shared a hilarious throwback clip of a blunder that left Holly Willoughby red-faced as they presented This Morning together.

Holly is celebrating her 40th birthday, with This Morning throwing her a huge celebration in the studio yesterday.

As he wished her a happy birthday, Ben told GMB co-host Kate Garraway that it wasn’t just her that “falls apart” in his presence on TV.

Kate demanded: “What did you do to Holly?”

“I was doing This Morning with Holly and we were doing welly wanging,” he began explaining as Kate admitted that she was “already nervous”.

“And the most important thing is that you don’t confuse the vowels in that statement,” he said. “And if only Holly hadn’t.”

Sharing the clip, Ben was heard asking whether she had ever hit anything she had been aiming at with the welly.

“I’ve never willy wanged since then,” she said, before gasping as she immediately realised what she had said.

Ben burst into laughter and almost collapsed onto the floor as Holly looked incredibly embarrassed and covered her face with a hand.

He cheekily quipped: “Whereas I haven’t stopped!”