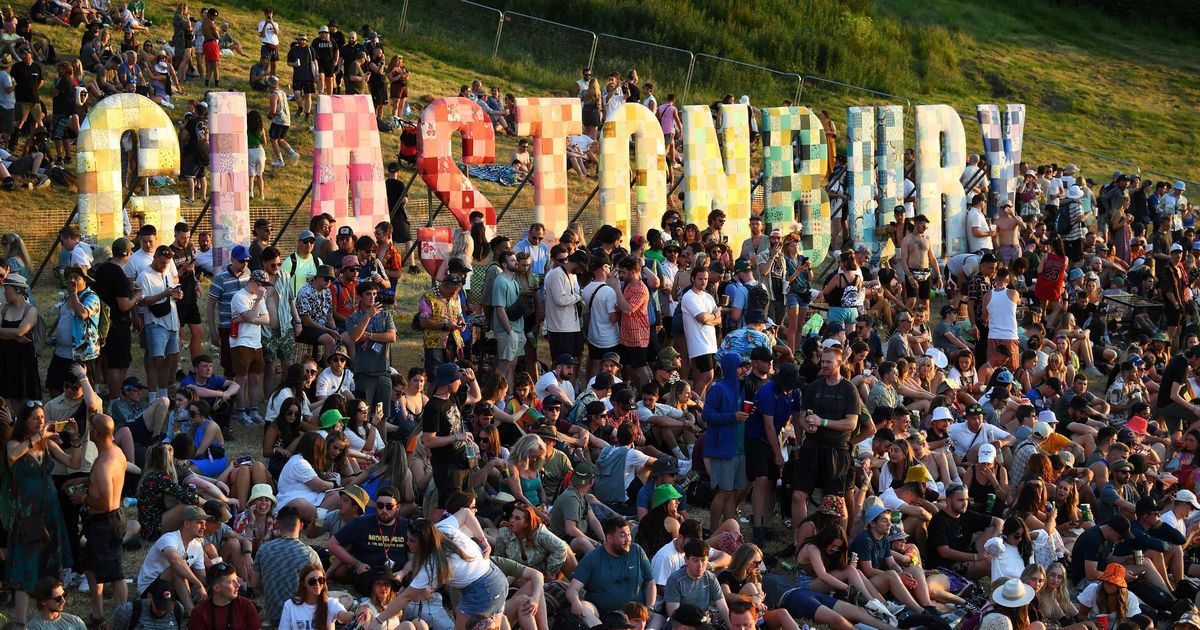 Lorna Clarke – Director of Music, BBC Pop & Classical – teases what to expect to see on TV and hear on radio from the Glastonbury Festival this year if you haven’t bagged a ticket, with the broadcaster offering extensive coverage of the acts performing at the festival

After a three-year hiatus, Glastonbury Festival returns this weekend and the BBC will once again be the destination to catch the legendary sets and exclusive behind the scenes coverage from the world’s most loved music festival.

I’m very proud of our long history of broadcasting from Worthy Farm. Emily and Michael Eavis first welcomed BBC cameras onto Worthy Farm in 1997, beginning a partnership which is now 25 years strong.

We share an ambition to give millions of people at home a weekend of brilliant live music, which is so important after the limiting experiences of the past two years.

Glastonbury Festival has returned after a three-year hiatus
(

Bigger and better than ever before, BBC Music will aim to provide the widest possible breadth of music, from legends such as Paul McCartney to artists at the beginning of their journey on the BBC Music Introducing stage.

It’s fitting that in the BBC’s 100th year, our programming will be our most extensive to date, with over 35 hours across BBC One, Two, Three and Four, and over 40 hours on BBC iPlayer – with its dedicated Glastonbury channel – in addition to digital live streams from the five biggest festival stages.

Lorna Clarke, Director of Music, BBC Pop & Classical, has written an op-ed about the festival
(

As the weekend progresses, 90 sets will be available on demand – there will be something for everyone. There are also firsts from the BBC this year.

We’re broadcasting more sets on BBC One than ever before, in the shape of Diana Ross, Olivia Rodrigo and Paul McCartney.

Following in the footsteps of major sporting events, landmark natural history documentaries and prestige dramas, for the first time at a music event, we will broadcast sets from the Pyramid Stage in Ultra High Definition, giving the audiences at home the ultimate viewing experience.

The festival is back at Worthy Farm this week
(

Celebrations have already begun. We launched with a BBC Two documentary, Glastonbury: 50 Years and Counting – charting the festival’s evolution from humble beginnings to world-famous event.

This was followed by Stormzy: Road to the Pyramid Stage on BBC One – in which he reflects on his journey to that ground-breaking performance in 2019. They’re worth a watch on BBC iPlayer.

We’ll have wall-to-wall coverage on our pop radio networks, including Billie Eilish on Radio 1, Paul McCartney and Diana Ross on Radio 2 and Kendrick Lamar on 1Xtra, and BBC Sounds – with over 60 hours of broadcasts from the festival.

Billie Eilish is among the line-up of performers
(

Kendrick Lamar will also take to the stage at the festival
(

Our expert team of presenters will guide audiences around Worthy Farm. Lauren Laverne ‘s 6 Music Breakfast Show was live from Worthy Farm on Wednesday, covering the opening of the gates to tens of thousands excited festival goers, kicking off the station’s ‘All Day Glastonbury’ celebration.

Steve Lamacq is prepping for his 6 Music show as he’s secured interviews with some of the weekend’s surprise performers and Zoe Ball will present her Radio 2 Breakfast Show live from site on Friday morning, when I’m sure she’ll talk about her son Woody DJing at the festival – it’s a family affair!

Our coverage will cater to all, whatever your musical tastes. Older viewers, who witnessed the hysteria around The Beatles and Diana Ross in the 1960s first hand, or may’ve been a punk in the 1970s, have not lost that love or excitement for music. I still couldn’t wait to hear Beyoncé ‘s new song this week.

A love of music is about an attitude, not a person’s age. So we’re aiming to feature as many performances from the 93 different stages as possible.

In fact 6 Music’s Matt Everitt will visit each of the 93 stages over the weekend – good luck Matt! Listeners and viewers can catch up on BBC iPlayer and Sounds, wherever and whenever you wish.

Paul McCartney is another headliner this weekend
(

If you want to watch both Little Simz on the West Holts Stage and Primal Scream on the John Peel Stage – both on at the same time – you can.

I recommend watching one set via iPlayer on TV and another set on iPlayer on your laptop or phone to get the best of both worlds.

It’s important to us to reflect the range of music at Glastonbury. From global stars, to major British talent the BBC has championed (like Sam Fender and Charli XCX ), electronic artists (like Four Tet), musicians from around the world (like Angélique Kidjo), bands who have emerged since the pandemic (like Wet Leg) and who are playing their first Glastonbury this year, plus other brand new acts performing on BBC Music Introducing stage.

Attendees have already begun enjoying themselves with events at the festival
(

As you read this, production teams are finalising broadcast plans, finding out which artists can be interviewed on TV or radio, where special onstage guests are performing, or where the surprise gigs will happen, to ensure we don’t miss a thing.

Performing at Glastonbury is a dream come true for any artist, so our production teams are aware of how important the performance is to an artist and work closely with them to realise the show they want to put on for millions of people at home.

Diana Ross will take to the stage on the weekend
(

Getty Images for The Recording Academy)

Olivia Rodrigo is also on the line-up of performers
(

All of this wouldn’t be possible without the teams at BBC Studios – led by Executive Producer Alison Howe – and BBC Audio, as well as the independent radio production companies.

All work tirelessly, on site and from our broadcast centres, to capture the magic and shape it for TV, radio, Sounds and iPlayer, so that millions can experience the unmissable.

An ambitious broadcast of this scale is complex as over 100 hours of programming will be broadcast. The days are long and carry all the unpredictability of any live event.

And then there’s the weather. Clara Amfo is wishing for ‘ Kylie weather’, remembering her iconic performance on a sunny day in 2019, and Lauren Laverne doesn’t check the weather forecast until she’s just about to pack a bag. The key is to pack for every eventuality!

Ultimately, we all know how much our audiences love Glastonbury and this is what drives us. Hopefully our programmes allow millions of people who may have never been to Glastonbury, or any music festival before, to escape for a perfect weekend of live music at home or on the move.

I feel strongly that music has an ageless, universal appeal, and we look forward to bringing everyone together this weekend through a shared love of music.

Actually none of this would be possible without the booking of the artists by Emily and Michael – it makes capturing it a dream.