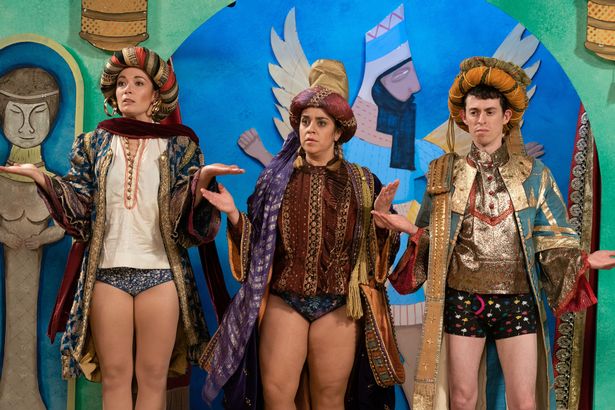 The BBC registered nearly 200 complaints over one of its comedy specials.

193 disgruntled viewers phoned up the Beeb to express their disappointment with The Goes Wrong Show’s Christmas instalment.

The broadcaster was previously forced to defend the episode, which saw a fictional amateur dramatic society present its take on the Nativity story.

But being the show that it is, the play went terribly wrong and slapstick humour ensued.

It’s since been labelled a “disgrace” and “offensive to millions of Christians.”

And the anger extended beyond Twitter, it seems, with the BBC forced to log a host of complaints.

Defending the episode after it sparked a backlash, the BBC issued a statement reading: “This programme follows the fictional Cornley Polytechnic Drama Society as they attempt to put on a variety of plays, always with disastrous and comedic results.

“We cannot stop quoting the Goes Wrong Show Christmas specials at each other here,” another enthused.

“Haven’t laughed that much in ages,” a third tweeted.

What did you think of The Goes Wrong Show Christmas special? Let us know below in the comments!