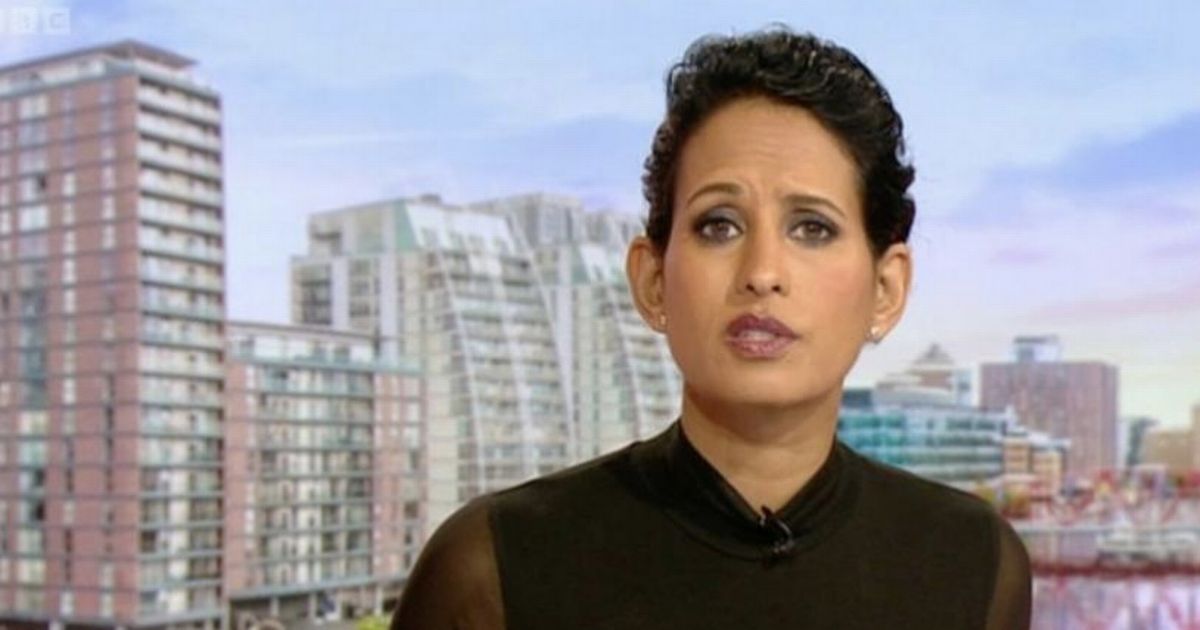 BBC Breakfast presenter Naga Munchetty was slammed by her co-star and weatherwoman Carol Kirkwood on yesterday’s morning show after she made a brutal swipe at her.

Meteorologist Carol, 59, hit back at 46-year-old Naga after she advised the weather presenter to use more special effects on the green screen.

Naga said to her: “I do think, though, you should think about the special effects and think about knocking them forward a bit that might make it look even better.”

In response, Carol, who saw the funny side of the presenter’s comment, laughed: “Do you think so, Naga? Well, I think it’s lovely as it is.”

Naga Munchetty was slammed by Carol and fans
(

Naga continued: “I was talking about bringing it in front of you and the camera,” as Carol answered: “Oh, you are awful, but I like you.”

Their harmless bicker left viewers at home in hysterics.

Taking to Twitter, fans reacted to the hilarious moment.

One person wrote: “Naga has no filter. Poor Carol #BBCBreakfast.”

Carol Kirkwood was not pleased
(

“I really don’t like the way Naga speaks to Carol sometimes on BBC breakfast,” another penned.

And a third added: “Not funny Naga. Suggesting the picture would be better with the Fog in between the camera and Carol. You really need to engage brain before gob.”

In recent weeks, Naga was dubbed a ‘life saver’ after posting a candid video from her hospital bed.

The TV host was showered with praise from adoring fans after she filmed herself donating blood while shaking in fear.

In the video, Naga encourages her followers to do all they can do donate blood to those in need.

Naga was labelled a ‘life saver’ in recent weeks
(

Although she was terrified before doing the good deed, Naga said that by ‘clenching her bum’ and ‘taking deep breaths’ she managed to get through it.

“Just done this @givebloodnhs with one of favourite blood takers @willflanders and a record time for me of 5 mins 21 secs for approx 0.5l Woo hoo,” she captioned the post.

“I am now with Ross who is now used to my skinny veins and makes it absolutely painless.

“I will be up and about after this with my day. So just know, if you want to give blood, you are doing a great thing.”

* BBC Breakfast airs weekdays at 6am on BBC1.