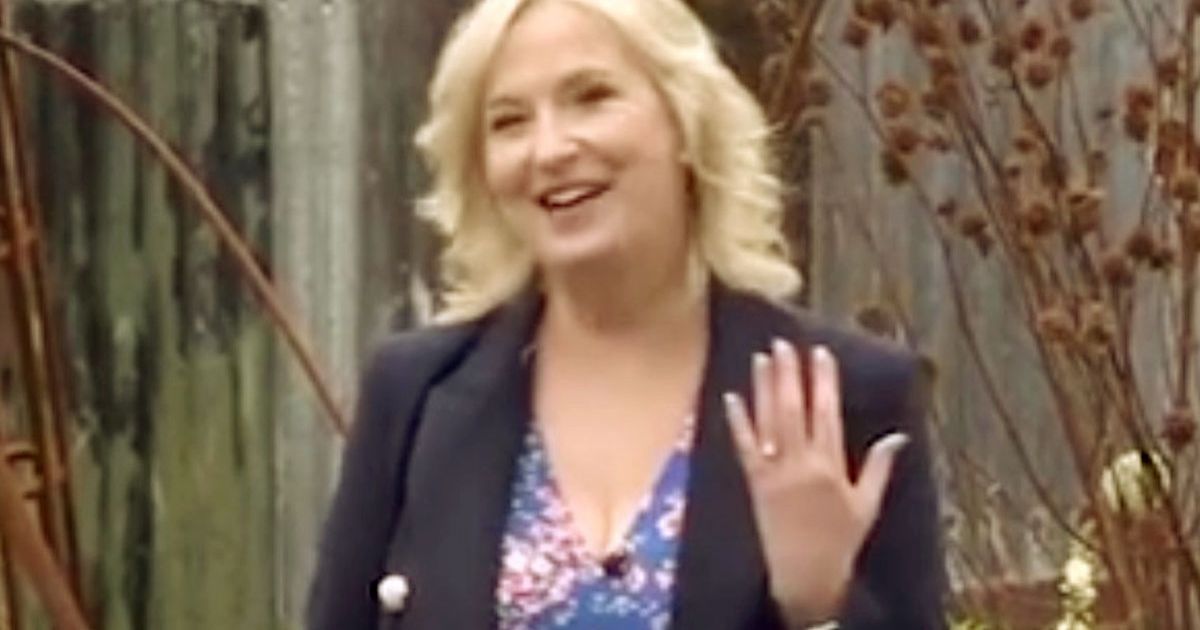 BBC’s Carol Kirkwood has revealed she is engaged to her long-term partner live on air.

The 59-year-old was congratulated on the news by her BBC Breakfast colleagues Sally Nugent and Jon Kay as she reported from the Chelsea Flower Show.

The BBC weather presenter, who has not publicly revealed the name of her new fiancé, told viewers she had become engaged on holiday.

Sally helped Carol break the news, saying: “I’m a little bit concerned about you this morning. I don’t know how you’re managing to stand up with that giant rock on your left hand, Carol.”

Carol looked down at her hand smiling before she replied: “Oh that one, thank you Sal. It is rather nice, I got engaged.”

She beamed as she gave viewers a glimpse at the ring.

Sally congratulated the bride-to-be, telling the weather presenter: “Congratulations from all of us, it’s the happiest news, we are so so delighted, congratulations. Can we confirm to the nation what’s happened?”

Former Strictly contestant Carol quipped: “Oh thank you, yes, I think you just have Sal! Yes, I got engaged, we got engaged when we were on holiday, so it’s lovely news and we’re both thrilled. So, thank you!”

The Scottish presenter was a contestant in the 2015 series of BBC One’s Strictly Come Dancing and was partnered with Pasha Kovalev.

She has never publicly named her long-term partner, who has been described previously in reports as her “secret boyfriend”.

Carol beamed as she appeared on screen with her new ring

Last year she published her debut romantic novel titled Under A Greek Moon, about a Hollywood actress embroiled in a scandal who returns to the Greek island where she fell in love with an enigmatic tycoon.

Speaking while promoting the book, she told the PA News agency of her partner: “He’s only a secret boyfriend because I never talk about him.

“I always feel that through my job, I put myself in the public eye and am very happy, but my partner and my family and my friends haven’t, so I’m hugely respectful of their privacy.

The BBC weather presenter, who has not publicly revealed the name of her new fiancé, told viewers she had become engaged on holiday

“I just don’t talk about them, other than to say that my partner is drop-dead gorgeous, he’s funny, he makes me very happy.”

She added: “He gets up at quarter to three in the morning to make me a cup of tea before going to work – if that’s not romantic, I don’t know what is.”

A host of people congratulated Kirkwood on the happy news, among them BBC Breakfast sports presenter Mike Bushell, who tweeted: “Wow wow what fabulous news to wake up to today. Huge congratulations to wonderful friend and colleague @carolkirkwood – so chuffed for you on your engagement”.

Carol presents the weather on the BBC
(

Former BBC Breakfast presenter Dan Walker tweeted: “Carol Kirkwood is the best of us. Delighted she has found someone who can handle her headlock hugs. Congratulations Carol. If you get married live on #BBCBreakfast can I come back for a one off?”

She was previously married for 25 years to businessman Jimmy Kirkwood before they divorced.