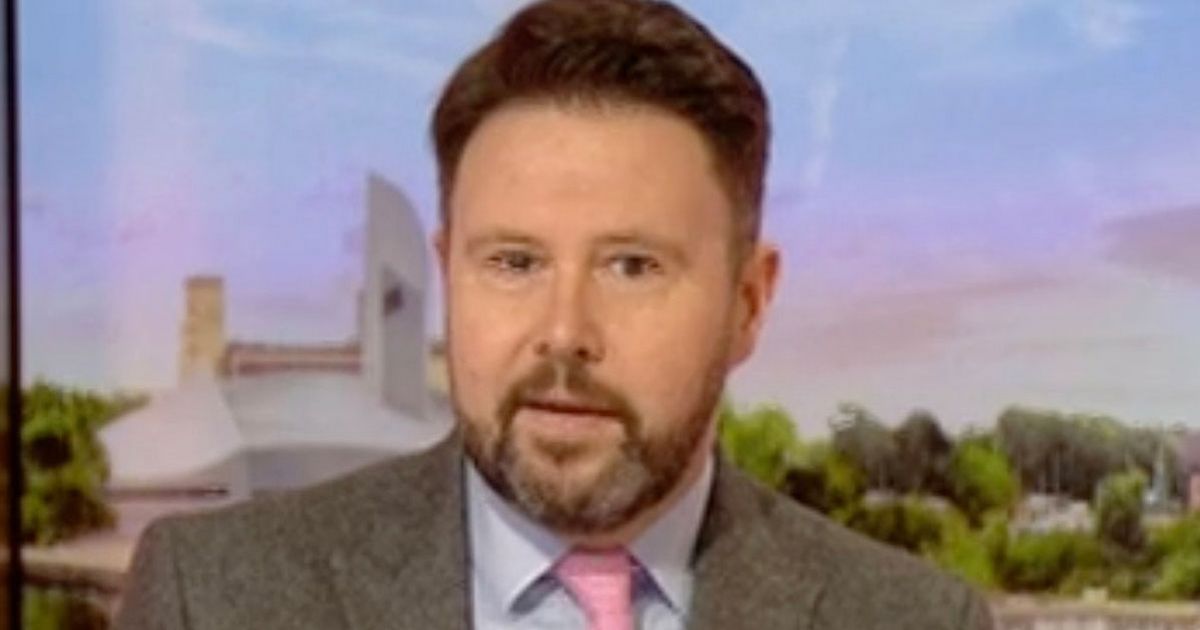 BBC Breakfast: Lights cut during interview due to Storm Arwen

A guest on BBC Breakfast suffered an awkward moment live on air earlier after he ended up in complete darkness.

Jim Cardwell, head of policy development at Northern Powergrid, appeared on the show this morning to discuss the recent power cuts that were caused by Storm Arwen.

Appearing via live link from Newcastle, Cardwell spoke to BBC presenter Jon Kay about the ongoing impact to thousands of homes in the North East and Yorkshire.

While explaining that most people in the region now have their power back, the lights went out where he was – leaving him in the dark seemingly after a power cut.

He’d begun: “Storm Arwen has had a massive damage on our network. It took out about 240,000 people. As a region we’re probably one of the worst affected from all this.”

Cardwell then started to say that “the good news is the vast majority of those have been …” as his screen was plunged into darkness. He responded: “Oh, excuse me a minute.”

Shocked by the scene, presenter Kay said: “I don’t believe it.” Other people could be hearding laughing in the background as Cardwell was seen getting up from his chair.

The lights soon returned, with Kay stating: “We have power reconnected. Please tell me that wasn’t a power cut.”

Cardwell however said that it hadn’t been a power cut, commenting: “The irony Jon is that’s the energy-efficient lighting turning off. Badly timed, I apologise for that.”

His screen was plunged into darkness during the segment

And finally able to finish his initial point, he said: “We’ve got 11,500 customers that are still without power. It’s come down a long way from the 240,000. That’s due to the big effort from our people in the field.”

Following the segment, BBC viewers took to social media to respond to the ironic moment, with the clip shared on the likes of Twitter.

The scene was described by viewers on the platform as having been “hilarious,” “classic live TV” and “so funny.”

One viewer wrote: “When [you work for an] power company coming on #BBCBreakfast to discuss lack of power in thousands of homes and your lights go out, you know your day isn’t going well.”

Another said it as suitable for ITV ‘s It’ll Be Alright on the Night – which looks at behind-the-scenes TV bloopers.

Viewers said it was ‘hilarious’ and ‘funny’

“Tremendous stuff on #BBCBreakfast – during an interview with a power grid representative about power cuts from Storm Arwen his lights cut out,” tweeted one viewer.

Another said: “This made my morning! Northern Powergrid talking about the storm powercuts and his lights went off.”

Whilst one viewer said it was a “brilliant watch” but that it’s “not so good for those suffering” following Storm Arwen.

Breakfast continues tomorrow from 6am on BBC One.