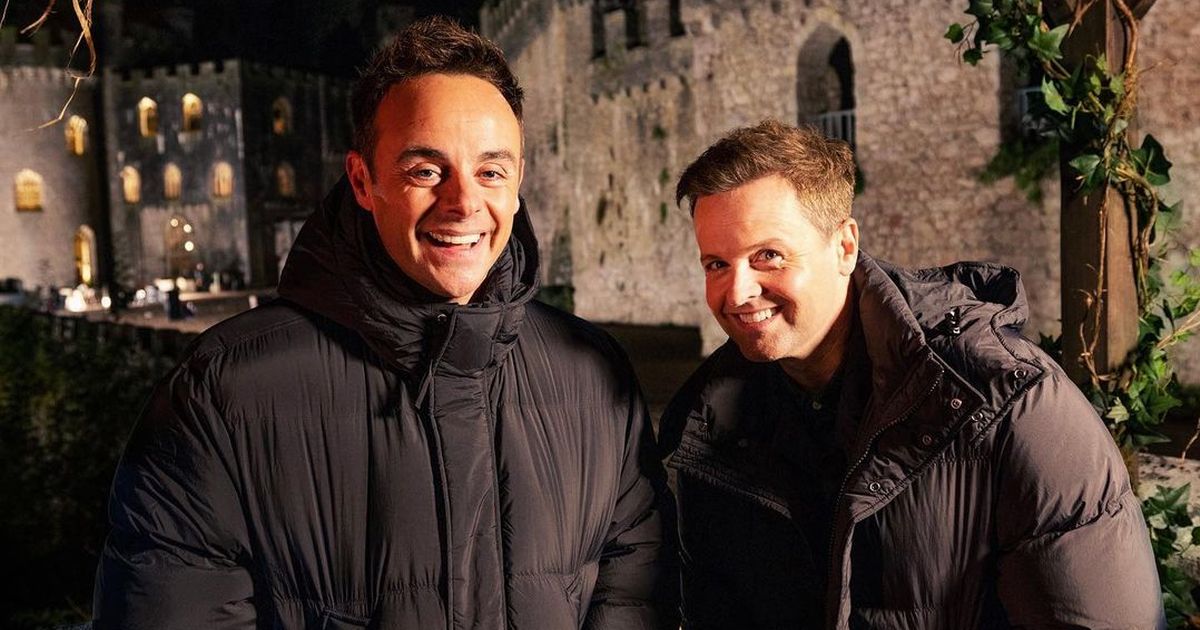 I’m a Celebrity… Get Me Out of Here! got off to a rocky start this year.

They lost arguably their biggest booking, Richard Madeley, within days.

He was rushed to hospital after a ” funny turn ” which was sparked by dehydration and not sleeping for 20 hours.

Because he had broken the Covid bubble the campmates were in, he was banned from returning to the castle, much to his disappointment.

Days later, the celebrities were forced to leave the Welsh castle due to damage caused by Storm Arwen.

The set was deemed unsafe after the rain and winds ripped through it, and so everyone was removed for three days while staff worked around the clock to fix it.

Host Dec Donnelly explained: “We could hear the winds howling and blowing so we knew it was pretty rough and then we got a call Saturday morning to say basically the wind had pretty much destroyed the tech base, the marquees had come down and trees had been felled and borders had moved.”

He continued: “So the site was unsafe, nobody was allowed back on site until they’d done a whole geological survey to see what had happened. There was no choice but to just pull the show over the weekend which we were just gutted about.”

Co-host Ant McPartlin added: “They could have easily said there’s too much damage done to the production base and we won’t be able to get back on air but they’ve worked around the clock, the team have been magnificent and they’ve got us back in.”

Fans were furious that the show was pulled – but the celebs were likely delighted as they briefly spent a night in a warm hotel with proper meals and heating.

Three days later, the campmates returned to the chilly Gwrych Castle with full tummies – except Danny Miller, who said he had actually stuck to the minimal rice and beans diet so as not to make it harder when he switched back.

One of the twin bedrooms in the holiday cottage
(

But two people who won’t be spending a single night in the haunted castle are the show’s hosts, Ant and Dec.

So where are the Geordie presenters actually staying?

It’s not been officially confirmed, but Ant and Dec are thought to be staying in Graiglwyd Springs, North Wales, just a half an hour drive away from where the celebrity campmates are living in the crumbling Gwrych Castle in Abergele.

Cottages at Graiglwyd Springs cost up to £1,000 a week for the most plush pad, Sycamore cottage, where it’s believed Ant and Dec are staying.

The cottage sleeps eight but it’s thought that the duo have the place to themselves, as they must stay in a bubble throughout filming to reduce the risk of spreading coronavirus.

There is a stylish living room with big sofas and armchairs to relax in after long nights hosting the ITV show.

Ant and Dec have the choice of one double en-suite bedroom and three twin rooms.

There are three large bathrooms, one of which has a large walk-in power shower.

Ant and Dec can make use of the huge kitchen with an open plan dining area, while the holiday park offers the use of a hot tub for an extra charge.

There is also a trout fishing lake on site for guests to enjoy.

Other reports last year suggested Ant and Dec were staying at luxury hotel Bodysgallen Hall, where they could tuck into the hotel’s 3 AA Rosette award-winning restaurant menu instead of rice and beans or animal testicles.

The plush bathrooms provide the hosts with the ultimate luxury
(

The National Trust-owned property is Grade I listed, and its grounds boast a grand spa, which has a huge swimming pool and a sauna.

Each guest room has stunning views of the gardens and parkland, and some even have far reaching views of Snowdonia.

And if Ant and Dec are staying in one of the hotel’s individual cottages, they will enjoy their very own private garden.

The hotel is set on Pydew Mountain, which is only 12 miles away from Gwrych Castle.

Meanwhile, the show’s crew are said to be staying at The Golden Sands Holiday Park in Rhys this year, 15 minutes away from the camp.

The site has stunning views
(

The holiday park is home to cosy low-cost caravans, a heated swimming pool and a multi-sports court – plus it has its own access to Kinmel Bay beach.

A source told The Sun : “Golden Sands is more than equipped to host the giant crew, and is award-winning and really popular for holidaymakers.

When I’m a Celebrity was filmed in the Australian jungle, the hosts and crew usually stayed in the five-star Palazzo Versace hotel in Queensland, Australia.

It boasts a waterfront setting, a day spa, fine dining restaurants and a 63-metre pool area, and Ant and Dec’s rooms were adorned with Versace furnishings and had a private terrace.

But due to Covid travel restrictions, I’m a Celeb has returned to Gwrych Castle for a second year – and not everyone is pleased to see them.

The show’s bosses reportedly angered Welsh locals after blocking off the areas near the historic site.

To prevent nosey neighbours from leaking information about the programme, bosses reportedly put up steel fences around the castle’s perimeter.

According to The Sun, the fences are eight feet tall and were set up around the entire estate, which blocks off trails commonly used by locals.

Earlier this year, Councillor Delyth MacRae said locals were “feeling very aggrieved their enjoyment of the land has been taken away due to recent changes of ownership as well as liability and security issues”.

A banner even appeared above the A55 in Abergele reading: “Ant + Dec go home!”

Locals had the same problem last year, with many Abergele locals taking to Twitter to complain about restrictions – before telling the show’s bosses to “get yourselves out of here”.

Meanwhile, new signs on the footpaths surrounding Gwrych Castle have been put up, as well as a 20 mph speed limit now enforced on local roads.

It came after tragedy struck in 2020, when a 58-year-old pedestrian was hit and killed while trying to take pictures of the historic building lit up at night.