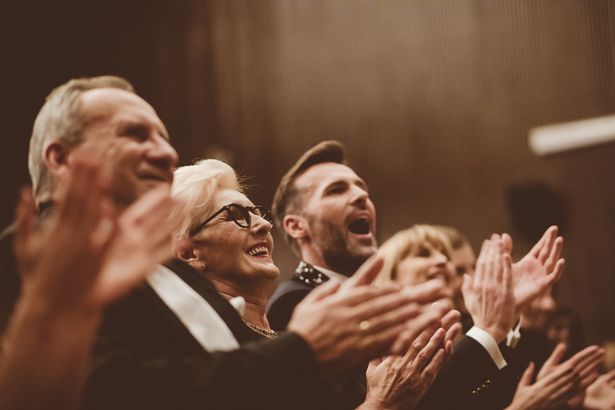 BAFTA viewers were forced to “switch off” after complaining that the audience’s laughter was distracting.

Due to Coronavirus restrictions, the awards ceremony looked a little different.

Instead of having a real audience like in years gone by, the show was held somewhat virtually.

While hosts Dermot O’Leary and Edith Bowman were live at the Royal Albert Hall in London, nominated celebrities remained at home, as did the audience.

But as the presenters reeled off the nominations, viewers at home were caught off guard by the sound of the audience in the background, with many wondering whether it was fake or real.

Some fans branded the audience laughter “condescending” and “questionable,” whilst others were forced to “switch channels.”

A number of people also accused the show of using “canned laughter and applause.”

However, a spokesperson for BAFTA has revealed that there was actually a live audience of 1,000 people reacting to the programme, and no canned applause was added.

One viewer wrote: ” @BAFTA who thought canned laughter was a good idea? Fire that person now,” to which the BAFTA social team later replied saying: “The show was filmed in front of a live virtual audience of 1000 people, no P45s just yet!”

But another person said: “This fake applause is so awkward.”

“This canned laughter is ridiculous. I’m going to switch channels,” wrote a third.

And someone else put: “Yeah, the canned reactions are mega-condescending. Just let the show be what it is. The tech awards mini-show yesterday was really well-pitched.”

What did you think of the audience’s cheering? Let us know in the comments.