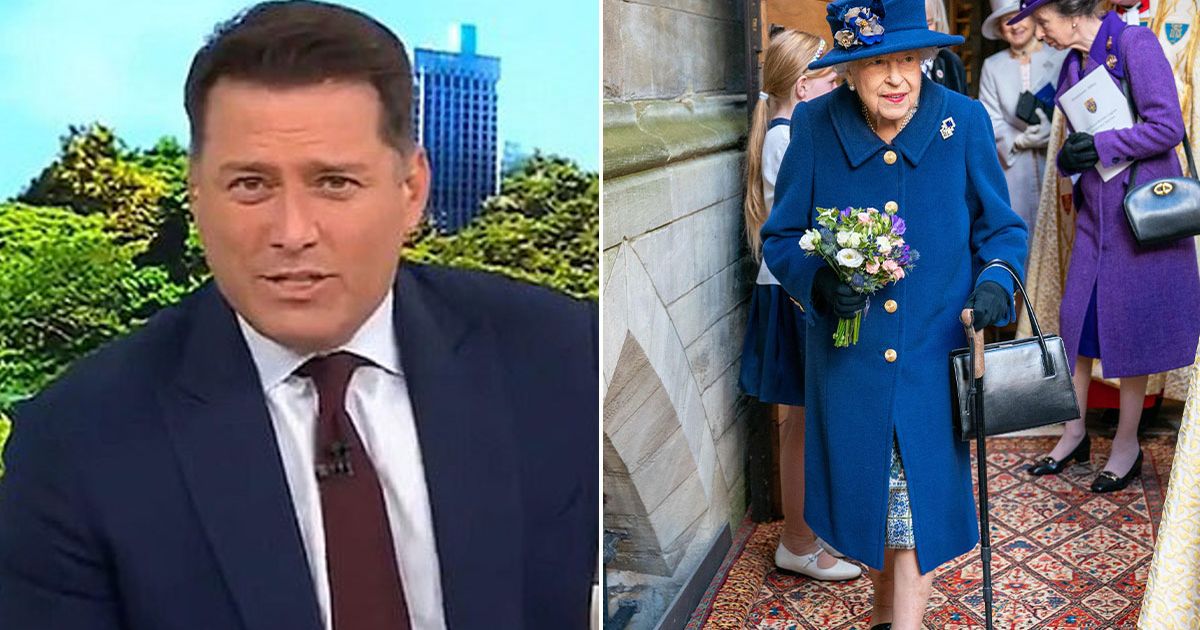 Australian TV host Karl Stefanovic took a swipe at the Queen after she was seen using a walking stick for the first time in public.

The 95-year-old monarch was handed the stick as she attended a centenary event for the Royal British Legion at London’s Westminster Abbey on Tuesday.

It is thought the walking aid is purely ‘for comfort’ rather than any medical reason.

Newsreader Alex Cullen reported the story as part of his segment on Aussie breakfast show, Today.

But after the report, the atmosphere in the studio took a turn when host Karl suggested the Queen could use her new walking stick to beat someone up.

Showing footage of Queen Elizabeth with the walking aid, newsreader Alex told viewers: “She was using a cane. She’s 95.”

Interrupting Alex’s report, Karl caused giggles in the studio as he chipped in: “She’d use it to beat you up.”

His female co-host joined in saying: “She’d win too.”

But the joke didn’t stop there as Alex carried on: “She would smash me – and then jump on me.”

In a shocking comeback, Karl replied: “Oh – I suppose she is single!”

The Queen has returned to her commitments following the death of her husband of 73 years, Prince Philip, who died in April this year at the age of 99.

The Queen lost her husband Prince Philip in April this year
(

The monarch was previously pictured using a walking stick back in 2003 following surgery to remove a torn cartilage from her right knee.

Over the next year, the then 76-year-old was spotted using the stick on a few more occasions while she recovered.

In 2018, it was reported the Queen was still suffering from some pain in her knee.

But sources say she is reluctant to have any further surgery at her age due to the time off it would take to recover.

The Queen has made some other recent adjustments to major events she attends to ensure she is comfortable.

Back in 2016, she used a lift rather than walking up the 26-step royal staircase for the state opening of parliament.

She has also not worn the heavy Imperial State Crown on her head at official events for five years.

Instead the crown is placed on a red and gold velvet cushion during proceedings.