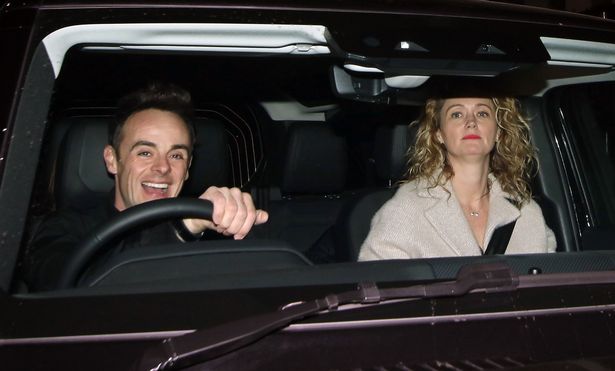 Ant McPartlin and his beaming fiancée Anne-Marie Corbett look ready to start discussing some wedding plans as they smiled for the cameras.

Ant was at the wheel alongside his bride-to-be as they drove home together looking very much in love.

He waved as they left ITV before the conversation no doubt turned to their big day, with the pair not yet setting a date.

Anne-Marie wore her blonde hair in loose curls as she sat in the passenger seat in a white jumper.

“But I suppose it depends on what kind of wedding we have. There’s been no plans.”

Anne-Marie was Ant’s “rock” when he went to rehab after being convicted of drink-driving in 2018.

The I’m A Celebrity star was fined £86,000 and given a 20-month driving ban after pleading guilty three years ago.

The arrangement including a custody agreement over their beloved Labrador Hurley.