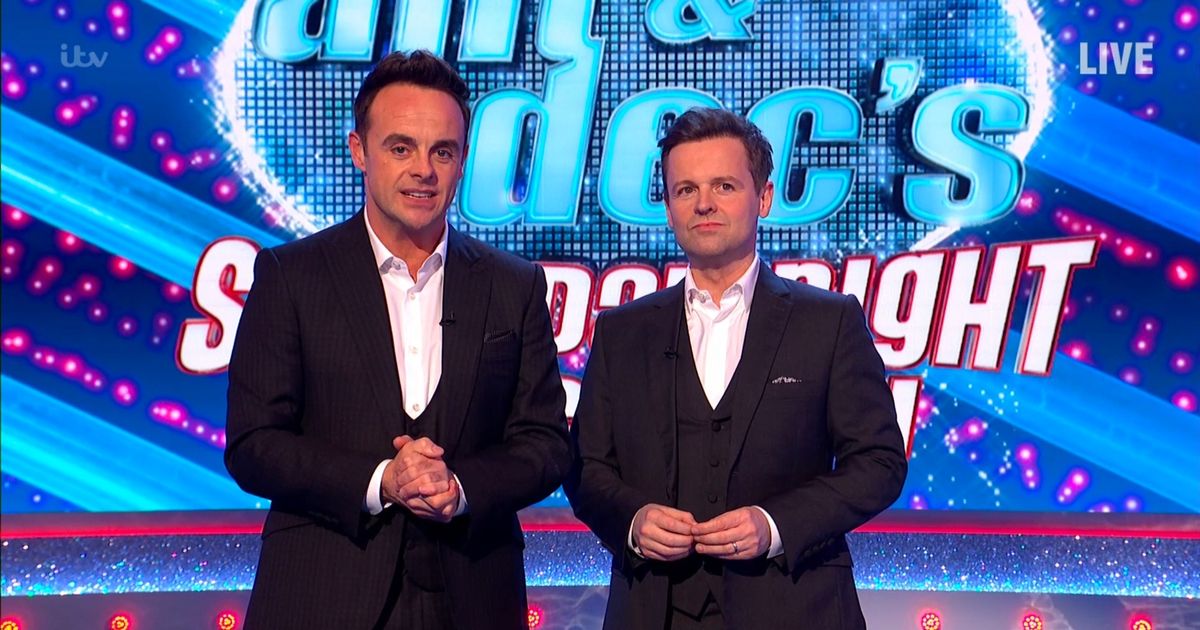 Ant McPartlin and Dec Donnelly were forced to restart a segment on Saturday Night Takeaway, during an ITV show which was plagued with technical errors

Ant McPartlin and Declan Donnely were forced to correct an awkward mishap during the latest instalment of Saturday Night Takeaway, during a show which also saw a segment restart.

The Geordie duo, both 46, incorrectly told a family they had won a free holiday during a popular segment on the ITV show after the pair were absent from screens last weekend for Six Nations coverage.

During the weekend show’s ‘Happiest minute of the week’ segment, Ant and Dec merrily handed out holiday tickets to audience members and viewers at home.

But when they tried to surprise one couple, the video footage of another very confused family was broadcast to viewers at home and the live crowd.

Ant and Dec had to halt the show
(

Dec said: “Stand by in Lancashire because we’re coming to you Robert and Donna Rowland,” before a man and woman with two young children were shown.

Dec continued as he tried to cover his embarrassment: “Now your son Adam and his wife Sarah are in the armed forces and are deployed all over the world.

“So you’re always stepping in to take care of your granddaughter Penny. We think you’re amazing and you deserve a takeaway getaway.”

Later in the show, Ant and Dec were forced to restart proceedings on Saturday Night Takeaway during the Read My Lips segment.

Guest announcer and Line Of Duty star Anna Maxwell Martin was tasked with reading people’s lips but in a big technical error, one woman was given the wrong list for Anna to guess from.

Fans were in hysterics as the Read My Lips segment aired
(

Rather than read the names of TV shows, the lady started trying to mouth the words nachos and biryani – as it then transpired that she had been given the wrong list and not a television show one.

The whole thing had fans at home and those in the studio in hysterics as they joked about the non-existent TV shows called ‘Nachos’ and ‘Biryani’, calling them a “good watch”.

Ant and Dec shouted loudly to stop the game after realising the mistake but Anna couldn’t hear because she had her earphones on and there was a delay on the live video call from the guest.

Meanwhile in the show, Stephen Mulhern made his highly-anticipated return following his absence from previous shows due to a mystery illness.

The presenter, 44, dressed as Star Wars’ Darth Vader as he made a grand entrance before addressing his notable vacancy.

Then breaking from his character, he said: “No seriously, I haven’t been too well, so thank you for all of your lovely messages. Do you know something? Forget about that all now because the show must go on!”