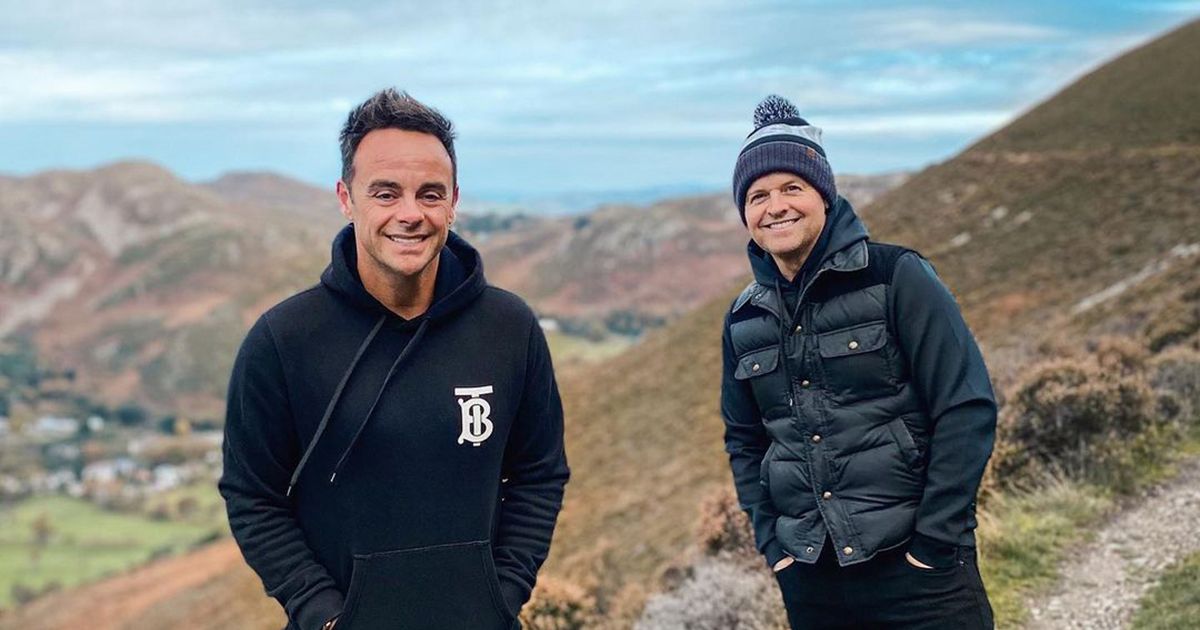 Ahead of tonight’s opening episode of I’m A Celebrity, Ant McPartlin and Declan Donnelly have shared a closer look at their time in Wales

Ant and Dec beamed from a Welsh stroll spot (

Hosting duo Ant McPartlin and Declan Donnelly are gearing up for the latest season of I’m A Celebrity… Get Me Out of Here.

Taking to their joined Instagram, the pair have shared a snap of themselves smiling on a wintry Welsh hillside hike as they took in their stunning surroundings for the next few weeks.

Donning black jogging bottoms, the two men beam at the camera with a cloudy sky above.

Ant, 46, rocked a black hoodie with his joggers and green trainers, while Dec, 46, went for a slightly cosier approach with a hat covering his ears and a jacket.

In the caption the Geordie duo joked: “Windy Welsh walk. Which way to the castle??? “

The latest season of I’m A Celebrity coming tonight, the two will be presenting the show live from the historic Welsh Gwrych Castle.

The Instagram account for the castle wasted no time in singing the praises for the local area, commenting: “Beautiful part of the world… if we do say so ourselves!”

Eagle eyed fans headed straight to the comments to guess where the two were taking their walk, with guesses of Moel Famau, Conwy Mountain and Sychnant Pass.

After being based Australia since it’s debut in 2002, the ITV series relocated to the chilly Welsh castle in 2020 as a result of travel restrictions caused by the coronavirus pandemic.

It has already being revealed that The Saturday’s singer Frankie Bridge and Good Morning Britain presenter Richard Madeley will take on the first challenge, following a public vote.

The lineup of celebrities vying for the I’m a Celebrity crown tonight has been released, with soap stars, morning TV presenters and gold medallists entering the castle.

Entering the castle are:

I’m A Celebrity… Get Me Out of Here! starts tonight at 9pm on ITV