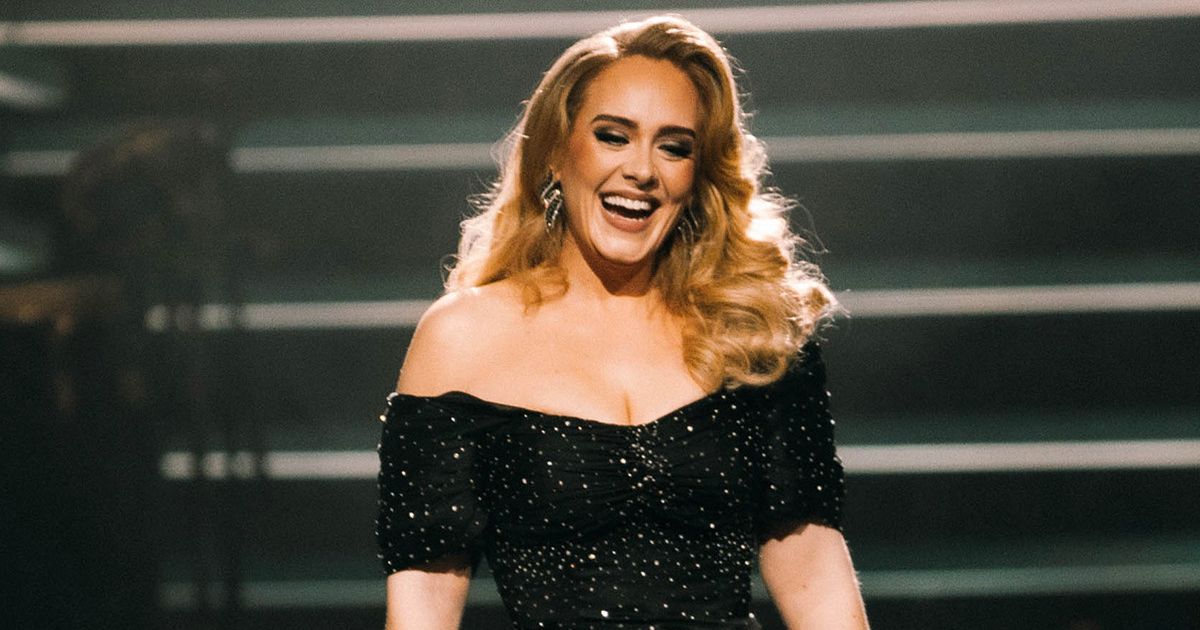 A touching moment between Adele and one of her childhood teachers has been branded ‘the big surprise of the night’ during the singer’s imminent ITV special; An Audience With Adele

Adele broke down in tears while being surprised by her old school teacher in scenes that will air on her new show An Audience With Adele.

The chart topping star will appear on the ITV special tonight in which she is surprised by her old teacher from Chestnut Grove School in Balham, South London.

Fans will see 33-year-old Adele break down when her childhood teacher is brought out of the audience at the London Palladium where she recorded her show earlier this month.

The mum-of-one was surprised by the teacher moments after she told actress Emma Thompson that the teacher was one of the most influential people from her life.

Adele is reunited with a school teacher during her ITV special
(

An audience member has told The Sun on Sunday: “It was a really emotional moment.

“Adele spoke movingly about how her teacher was her inspiration as a teenager. When she realised she was actually in the audience, she brought her up on stage immediately, and broke down in tears.

“It was the big surprise of the night.”

Adele studied biology at Chestnut Grove before leaving to attend The Brit School aged 13 – setting her on her path towards global stardom.

The singer breaks down in tears following the reunion
(

On Friday, Adele unleashed her long-awaited fourth studio album – which has been branded a divorce anthem.

The star recorded the record following her split from 47-year-old Simon Konecki – with whom she shares a nine-year-old son named Angelo.

Adele has said she hopes the new album, which is titled 30, will help her son understand exactly why she decided to divorce his father.

Meanwhile, fellow pop babe Paloma Faith has revealed that Adele has become something of a godmother to other stars by giving out incredible parenting tips.

In a chat with the Mirror, 40-year-old mother-of-two Paloma said her job can be erratic and she struggles as there are “times I don’t get to see them much.

She added: “Adele told me I should ­always try and make bedtime.”

Paloma has in turn shared the advice with fellow singer and mum-of-one Ellie Goulding, and added: “I tried to [reach out] because I just felt so lonely myself the first time. Jessie Ware’s got three children. I don’t know how she does it.”

In our review of Adele’s album, it is revealed: “Adele has said her therapist suggested she record their chats to stop the worry of being unsure what she might have said in the difficult conversations.”

The record includes voice notes of Adele and her young son talking to each other – giving fans direct insight into her family life.

An Audience With Adele airs on ITV tonight at 7:25pm.