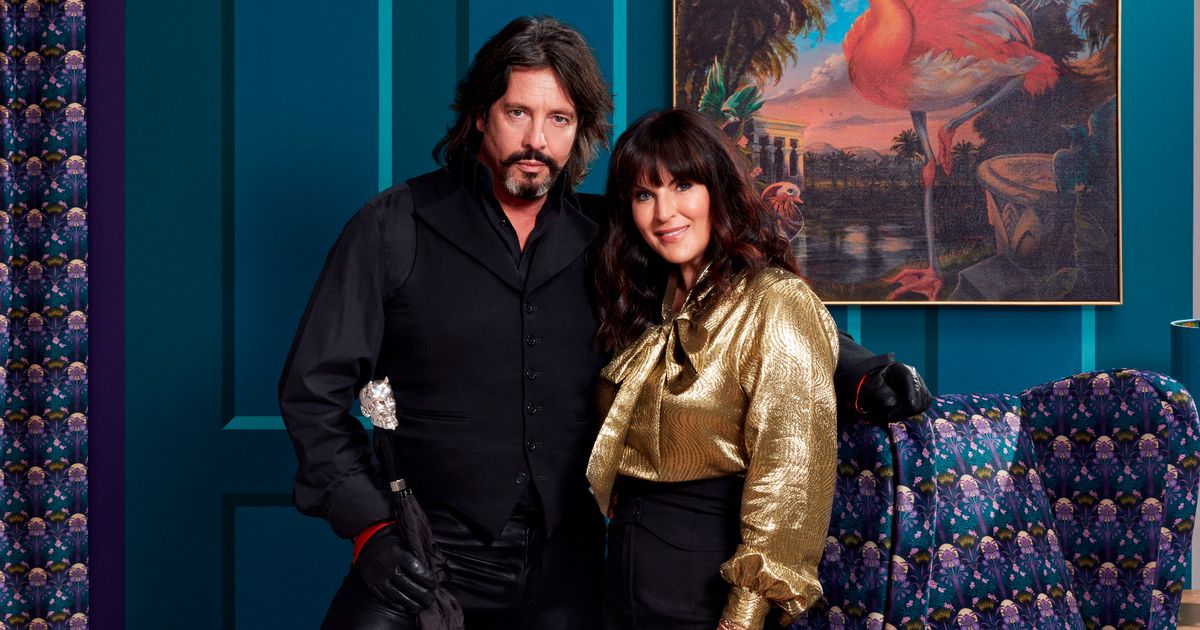 Changing Rooms host Anna Richardson has banned Laurence Llewelyn-Bowen and the rest of the show team from her house after they criticised her “embarrassing, middle aged lady” decor

She’s probably not the first homeowner to want to take a restraining order out against Laurence Llewelyn-Bowen.

But most muted interior fans can’t consider him a colleague.

Changing Rooms presenter Anna Richardson has banned the star from her home after he and the show’s fellow design team 2LG criticised her “embarrassing, middle aged lady” decor.

“I would not let Laurence Llewelyn-Bowen anywhere near my property,” Anna says.

“Not within 100 miles. I would have to get a court order out against him. I love him to bits, but the same goes for Russell and Jordan, I wouldn’t let 2LG anywhere near my house.

“We’ve got totally different aesthetics. They just utterly take the piss out of me because I am that classic greige that they talk about on Changing Rooms.”

She continues: “I thought I was the height of class. And when I joined Changing Rooms they were like, ‘Are you for real? You’re that classic, embarrassing middle aged lady that’s just done elephant’s breath on their walls’.”

Anna has picked up one important bit of advice from her time on the show, though.

“Never, ever hire an interior designer, was the only tip I got,” she laughs. “Who wants a hair wall in their bedroom? That’s the joy of Changing Rooms. Are they going to weep or sort of love it like a rescue dog?”

But Anna wisely doesn’t take her work home with her.