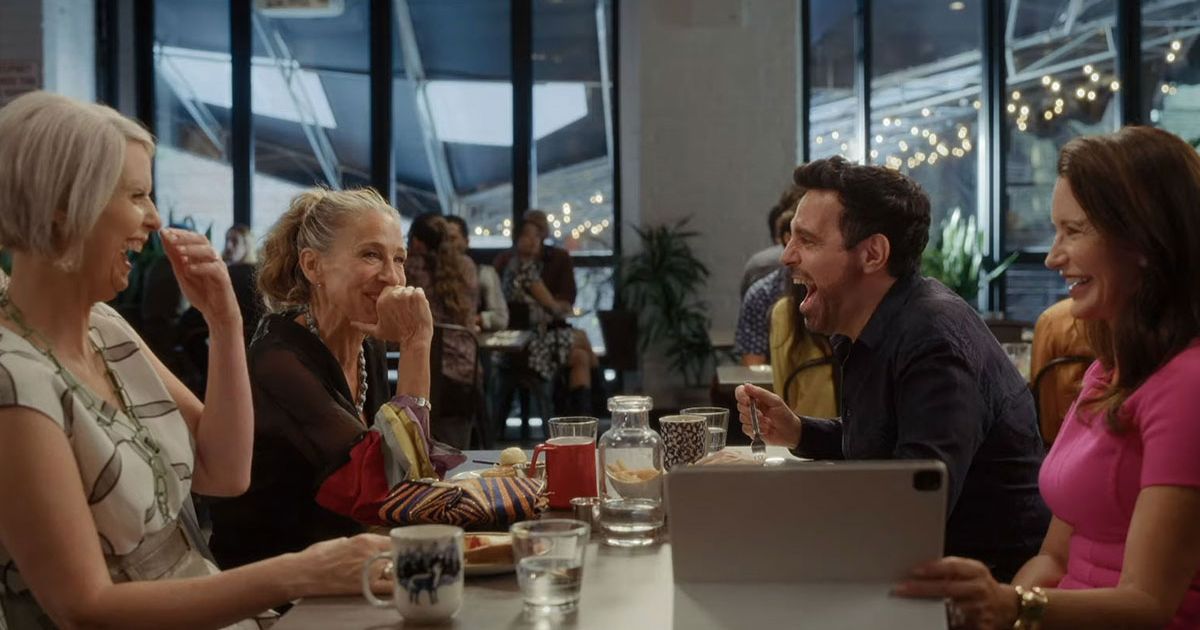 The sequel series is due to begin streaming around the world next month – 17 long years after the last episode aired back in 2004 – showing Carrie, Miranda and Charlotte back for more fun in NYC

The first official full-length trailer for Sex and the City sequel series And Just Like That… has finally been released – showing Carrie and her gal pals Miranda and Charlotte ready to take on the Big Apple once again.

The beloved original series is getting an update for the 2020s – with Sarah Jessica Parker back as Carrie Bradshaw, Kristin Davis as Charlotte York Goldenblatt and Cynthia Nixon returning as Miranda Hobbes.

Noticeably absent from the show – and the trailer – is Kim Cattrall who has famously shunned the option of returning to the series to reprise her role as Samantha Jones, having last played the role in the last film in 2010.

The sequel series comes over 17 years after the original series finished airing in February 2004 – with 10 brand new episodes set to start streaming next month.

Sarah Jessica Parker, Kristin Davis and Cynthia Nixon are all back as Carrie Bradshaw, Charlotte York Goldenblatt and Miranda Hobbes
(

The first two episodes are due to debut on HBO Max in the USA on December 9th, while viewers in the UK will be able to watch via Sky Comedy and NOW TV.

She declares: “The more I live. The more I find that if you have good friends in your corner, anything is possible.”

Footage shows Carrie back in her old apartment block and posing inside her famous walk-in closet – while husband John James Preston – aka Mr Big and played by Chris Noth – drinking a protein shake while cycling on a spin bike and seemingly in a different home.

Charlotte’s husband Harry, played by Evan Handler, is back for the sequel series
(

Miranda is shown checking her reflection in a window, while Charlotte is shown preparing to join a party alongside husband Harry – played by Evan Handler.

Fans also get to see a first look at new main character Seema Patel, played by Sarita Choudhury, who is shown discussing her dating life with Carrie.

As the video continues, Carried declares: “The future is unwritten because we are all at different stages of life.”

More snippets of the hotly anticipated series show Carrie and John kissing passionately in their kitchen, while Miranda sits opposite an attractive woman while in a restaurant in another scene.

The lawyer is shown declaring: “There are always going to be roads not taken” – which might fuel further speculation that the character will explore her sexuality in the new series.

Footage also appears to show Charlotte and Harry proudly watching a young woman playing a piano concert – which many fans will speculate is their adopted daughter, Lily.

The trailer ends with Carrie talking to her shoes
(

The trailer ends with Carrie calling her show collection her “lovers” while her voice over states: “And just like that… after all the years, and all the changes, you’re still you.”

Fans have reacted with unanimous excitement about the new series – with one declaring on Instagram : “Can’t waittttt , finally”, and another gushed: “I’m not crying or anything.”