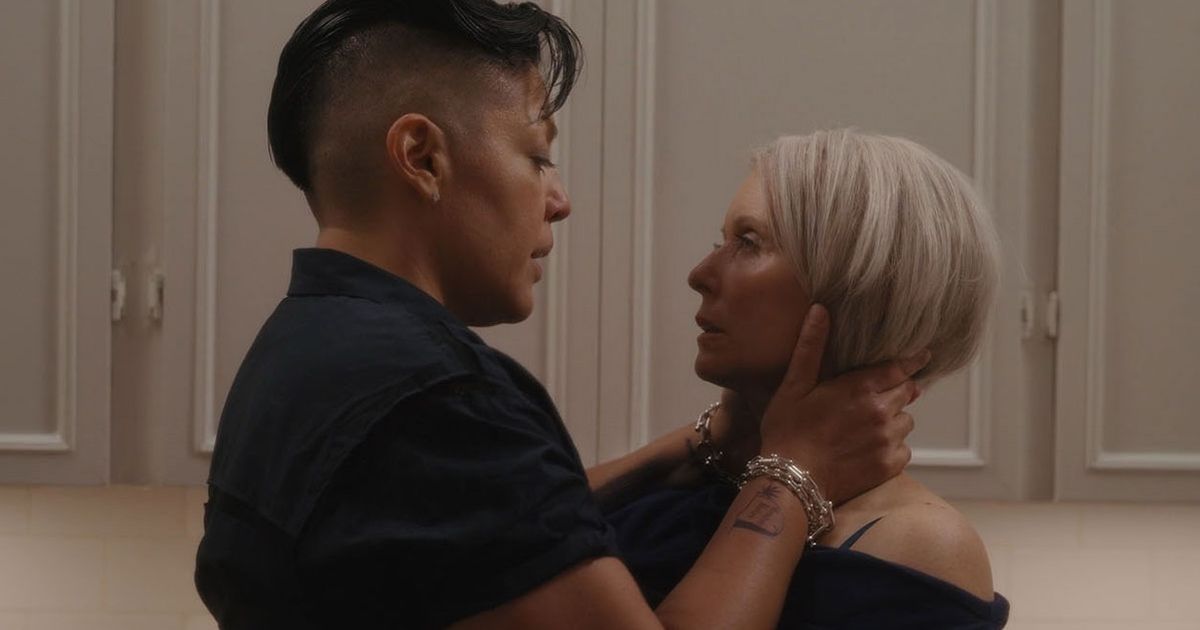 After telling Carrie Bradshaw she hates her marriage, Miranda Hobbes, played by Cynthia Nixon cheats with new character Che Diaz in And Just Like That – and fans are not happy

And Just Like That: New HBO Max trailer released

And Just Like That fans have reacted to Miranda Hobbes’ misdemeanour with Che Diaz.

Miranda, played by Cynthia Nixon, cheats on her husband Steve with the non-binary comedian in a steamy sex scene in the kitchen.

Telling best friend Carrie Bradshaw she ‘hates’ her marriage and her life, revealing that she feels ‘trapped’, the mum-of-one gets down and dirty with the newcomer, played by Sara Ramirez.

But fans were not happy.

Sex and the City stalwarts will remember Miranda nearly ended her marriage to Steve during the franchise’s first film because he cheated on her.

And now And Just Like That fans have called the character out for her ‘hypocrisy’.

“WTF! Miranda just cheats like that and nothing?!!! After the big deal in the 1st movie with Steve!!!” fumed one.

Miranda said she hated her marriage
(

Another said: “Hot as it may be, I am DISGUSTED and APPALLED by Miranda’s transgressions.”

While a third mused: “Miranda and Steve’s relationship hinged on Miranda forgiving him for cheating on her and meeting on a f***ing bridge. And now she just cheats on him so easily? Holy s**t this reboot sucks.”

The storyline was further attacked with one fan posting: “It’s like these new writers have never watched the show.

Fans were ‘disgusted’ by Miranda
(

“Steve and Miranda had a beautiful and heart-warming relationship and sex was fire! They are doing them so dirty to make f***ing Che happen.”

Cynthia, who is married to Christine Marinoni, revealed she almost didn’t sign up to star in And Just Like That.

The 55-year-old actress described the smash-hit show as “being occasionally tone deaf”.

In a recent interview with News Corp, published by the Herald Sun, Cynthia recalled she was reluctant to reprise the role again alongside co-stars Sarah Jessica Parker and Kristin Davis.

“The more I talked to Sarah Jessica, [writer-creator] Michael Patrick King, and Kristin, about the things that I couldn’t go back without, a real sea change in terms of the lack of diversity in the original series, they were on board,” Cynthia said.

Some fans think the show is trying to be too ‘woke’
(

“I’m very proud of the original series – despite it being occasionally tone deaf on race and gender,” she continued.

“Part of the reason we wanted to do the show [was] to go back and [undo] the things that we really got wrong.”

However many fans have accused the show of trying too hard to be “woke” with one tweeting: ”Miranda’s going to have her sexual awakening now.. I mean, is is just me or are they going kinda hard attempting to be ‘woke’?'”

And Just Like That episode 6 is released on Sky Comedy and NOW on 6January.