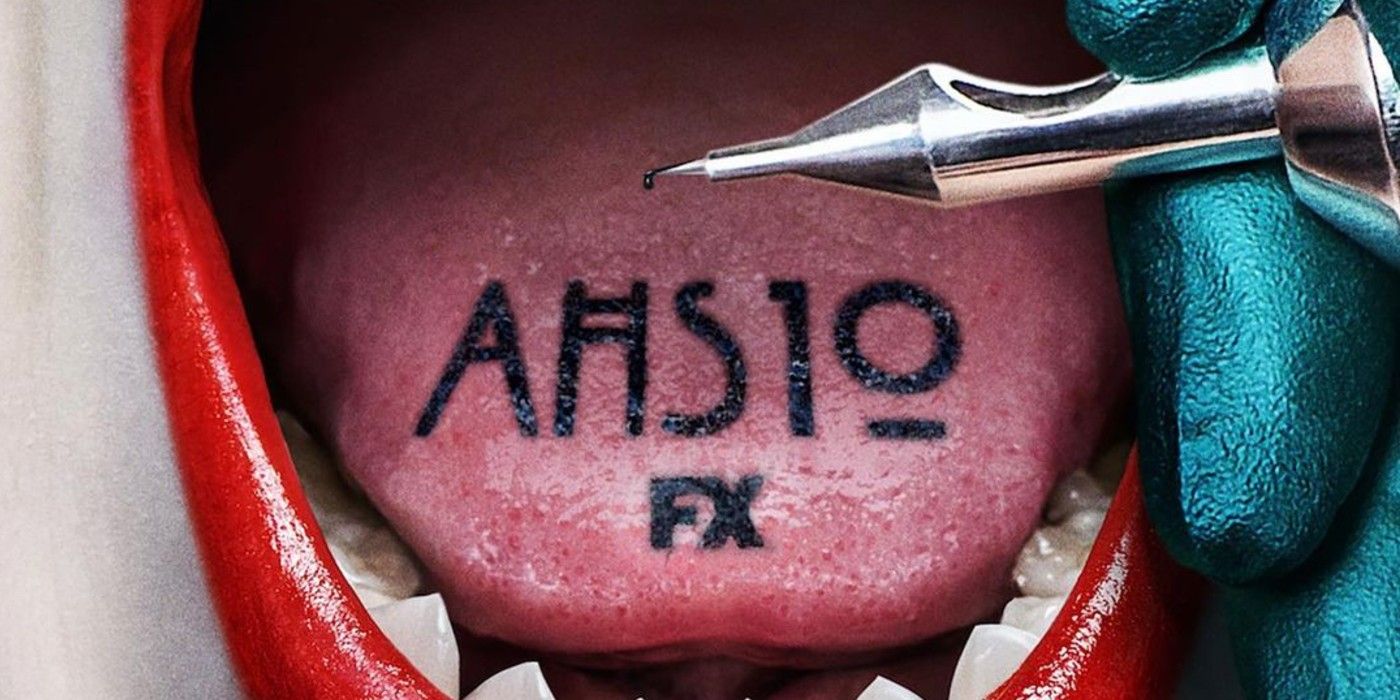 The title of American Horror Story season 10 will be revealed on Friday. The series premiered on FX in 2011, with each of its seasons introducing new characters and settings that fit comfortably in the horror or sci-fi realm. The show has already tackled everything from haunted hotels to political extremism, often striving to combine scares with satire.

Still, even so late into its run, there has been a lot of interest in the details of American Horror Story season 10. This is partly due to the fact that the anthology’s upcoming episodes will feature a large cast of familiar faces, including Sarah Paulson and Evan Peters, but it’s also related to how the season has been delayed by the COVID-19 pandemic. The most recent episode of American Horror Story aired in November 2019, with many eager to find out more about the show’s return. Now, co-creator Ryan Murphy has teased that a big unveiling is on the way.

Murphy took to social media to announce that the title of American Horror Story season 10 will be revealed on Friday. The announcement was made via a brief video, which was marked by the kind of beach imagery that has been present for much of the anthology’s recent promotional efforts. You can check it below.

Murphy’s post will likely do little to quell the speculation regarding American Horror Story, particularly that the upcoming batch of episodes will have an aquatic focus. This theory was furthered by an official set photo which teased the debut of Macaulay Culkin. Alongside co-star Leslie Grossman, Culkin was dressed to perfection as he strolled along the beach on a sunny day. Fans have argued that everything from the location of where the anthology is filming, along with posters which have utilized mermaid imagery, points to the fact that the series will turn its attention underwater. It remains unclear how that will connect to the larger social commentary that is typically included in any given installment of American Horror Story.

A title will help, in some sense, to clarify the shape of the show’s milestone tenth season. In the past, the titles have usually focused on a setting or overall idea that ultimately proves vital for the season. This was the case for early seasons, such as Murder House and Asylum. But it also holds true for more recent installments, like Cult and 1984. Even if the announcement maintains a fair amount of mystery about the return of American Horror Story, viewers will likely soon have a better sense of crucial details like the setting and perhaps some of the main themes. It will also serve as an indication that other key reveals, including a trailer and a premiere date, can’t be too far behind.