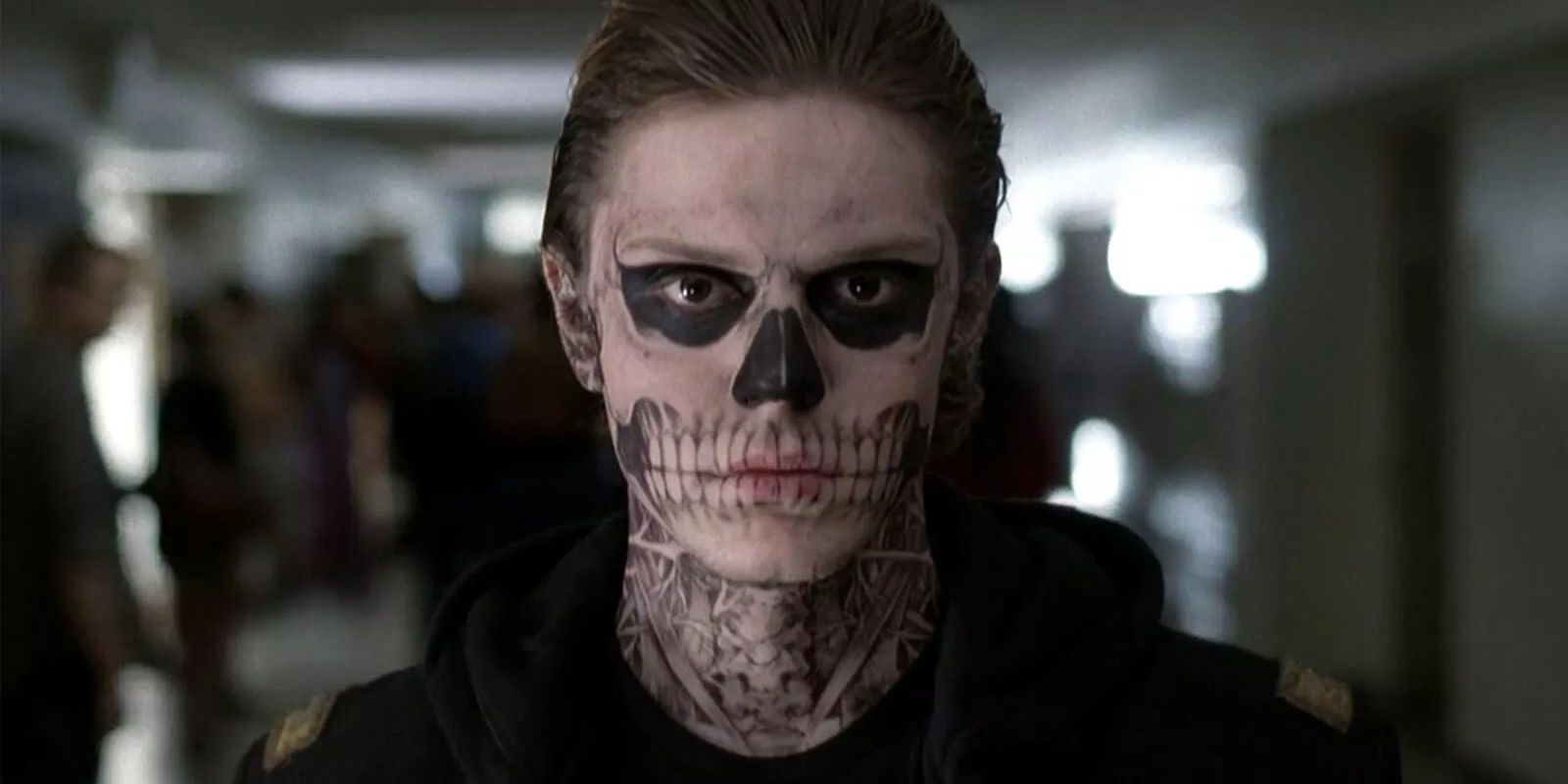 Set photos from American Horror Story season 10 reveal who franchise mainstay Evan Peters is playing this time around. The long-awaited tenth season of American Horror Story, titled Double Feature, has been shrouded in mystery since its announcement. Ryan Murphy has revealed hints as to what’s in store for the show, but fans are still trying to parse through the clues to find out anything. Even the announcement of the season’s title doesn’t give away too much, hinting more at the format of the upcoming entry rather than the plot within.

Still, for season 10 Murphy has gathered a veritable cast of veterans and newcomers for what is a landmark entry for American Horror Story. Lily Rabe, Finn Wittrock, Frances Conroy, Leslie Grossman, Angelica Ross, Billy Porter, Billie Lourd, Sarah Paulson, and Denis O’Hare are all returning for another go around in the series. New to the franchise are actors Paris Jackson, Kaia Gerber, and Macaulay Caulkin. All of their roles are under wraps, but new photos show the return of an iconic character that could allude to what’s in store for the season.

Peters’ return as Tate Langdon will likely set off the American Horror Story fanbase into a firestorm of excitement. Tate played a pivotal role in Murder House as both Rubber Man and the father of the Antichrist, birthed by Vivien Harmon (Connie Britton). Tate reappears briefly in the American Horror Story season 8, Apocalypse, playing a pivotal role in the Antichrist’s journey in destroying the world before it is reversed at the end of the season.

It has been known for years that the American Horror Story universe is interconnected and it was on full display in Apocalypse. The ninth season, 1984, teased further connections, but it looks Double Feature will be expanding even more on the vast universe. In what capacity Tate will return remains unclear. The season will seemingly be splitting its time between the west coast and the east coast, with filming taking place in Provincetown, Massachusetts in addition to the Los Angeles area. Tate will surely factor into the events on the west coast seeing as his ghost is stuck at the Murder House, but it’s also possible that American Horror Story season 10 could be going back in time again. Either way, Peters’ return as Tate Langdon is an exciting reveal that hints at the craziness of the series’ tenth season.