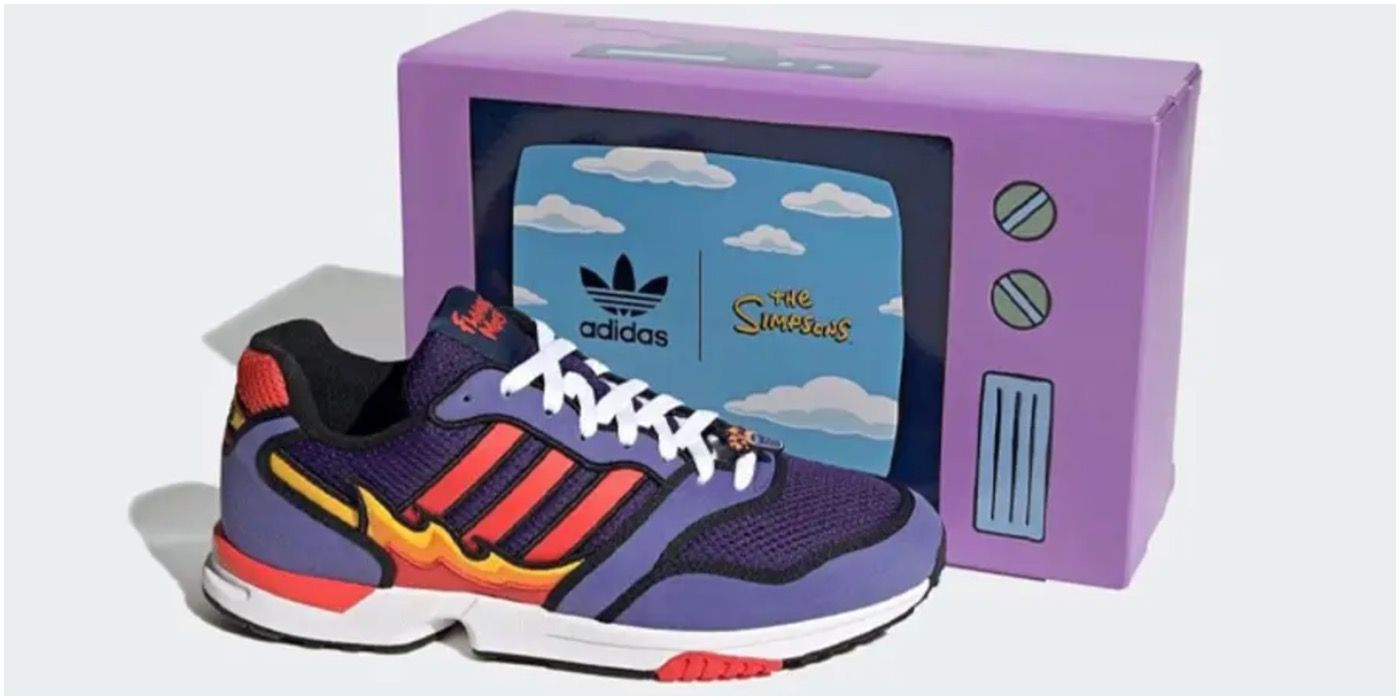 While both pairs of shoes are sure to be big sellers, The Sole Supplier also revealed that interest in The Simpsons has increased by 143.9% in the U.S. and 400% in the UK in the wake of the Flaming Moes’ release. As anyone who maintains even a vague interest in shoes knows, collaborations such as this one between Adidas and The Simpsons will likely result in fast-selling shoes that skyrocket in price upon re-sale.

While the Duff Beer shoes are certainly a great way to celebrate The Simpsons, it’s the Flaming Moe Adidas shoes that offer fans something a little more unique. The Flaming Moe’s episode of The Simpsons took place in the third season and featured a guest appearance from Aerosmith. It remains one of the most beloved episodes of the entire series, as Moe steals a secret drink recipe from Homer in order to salvage the dismal financial state of his pub. Aside from the episode’s popularity, the entire third season is one of the biggest fan-favorites and even recently received the seal of approval as the best Simpsons season ever, from former series writer, John Swartzwelder. For fans of The Simpsons who simply like the Flaming Moes and Adidas Forum 84 Low Duff Beers, the smart choice is to pick up a pair now before it’s far too late.