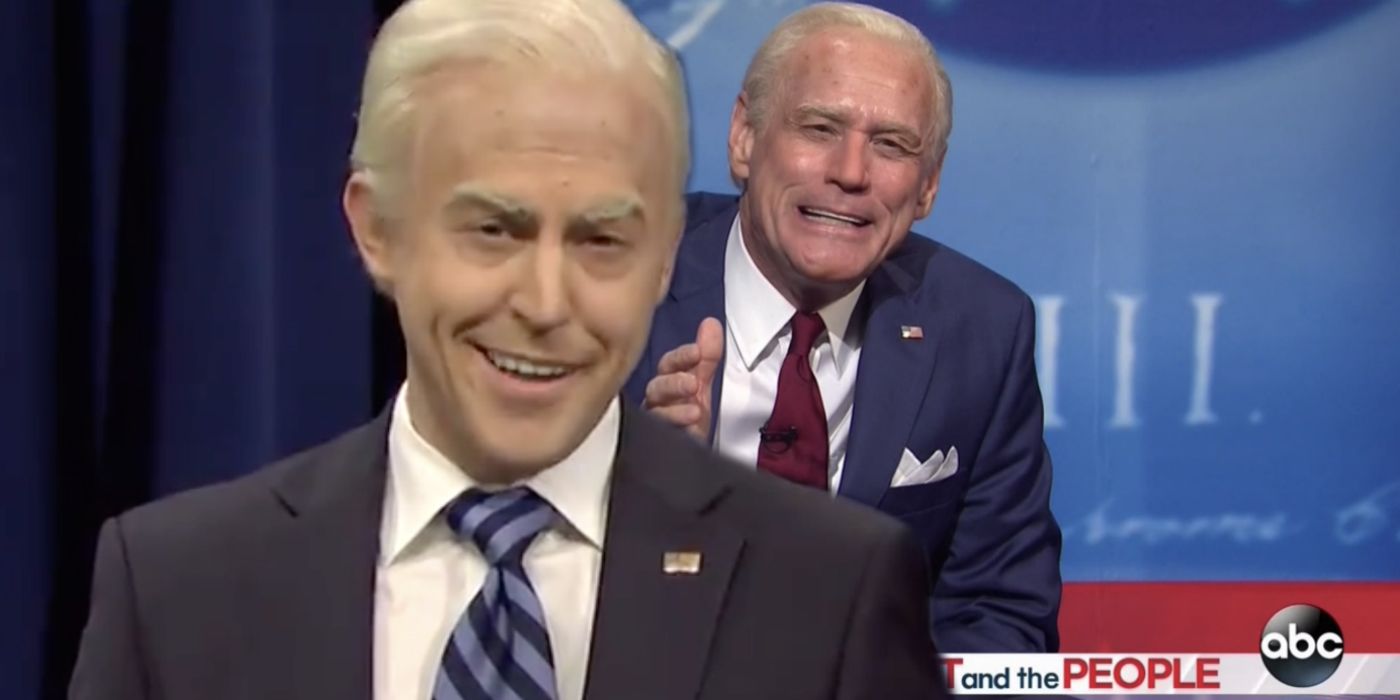 Originally scheduled to play Biden through the election, Jim Carrey left his SNL role as Joe Biden in December. According to E! News, Carrey wasn’t fired but rather chose to leave. Carrey, who lives in LA, was flying out on the weekends to play Biden and it’s understandable that the actor and comedian would not want to continue doing that on a long-term basis. Jim Carrey parted ways with his temporary SNL role on amicable terms and shared his thoughts on Twitter, saying, “Though my term was only meant to be 6 weeks, I was thrilled to be elected as your SNL President… comedy’s highest call of duty.”

Carrey is known for stealing the show with his well-known frenetic and hilarious energy. Unfortunately, it doesn’t work for a long-term impression of Joe Biden in the same way as Baldwin’s impression of Trump, which has – more or less – managed to last four years without growing intolerably stale. While Moffat has temporarily stepped into the role (and could continue doing so), SNL has yet to reveal who will play President-Elect Joe Biden in the future, which many SNL viewers will likely anticipate throughout the coming weeks as Biden is set to begin his first term in office on January 20, 2021, three days before season 46 of SNL resumes on NBC.