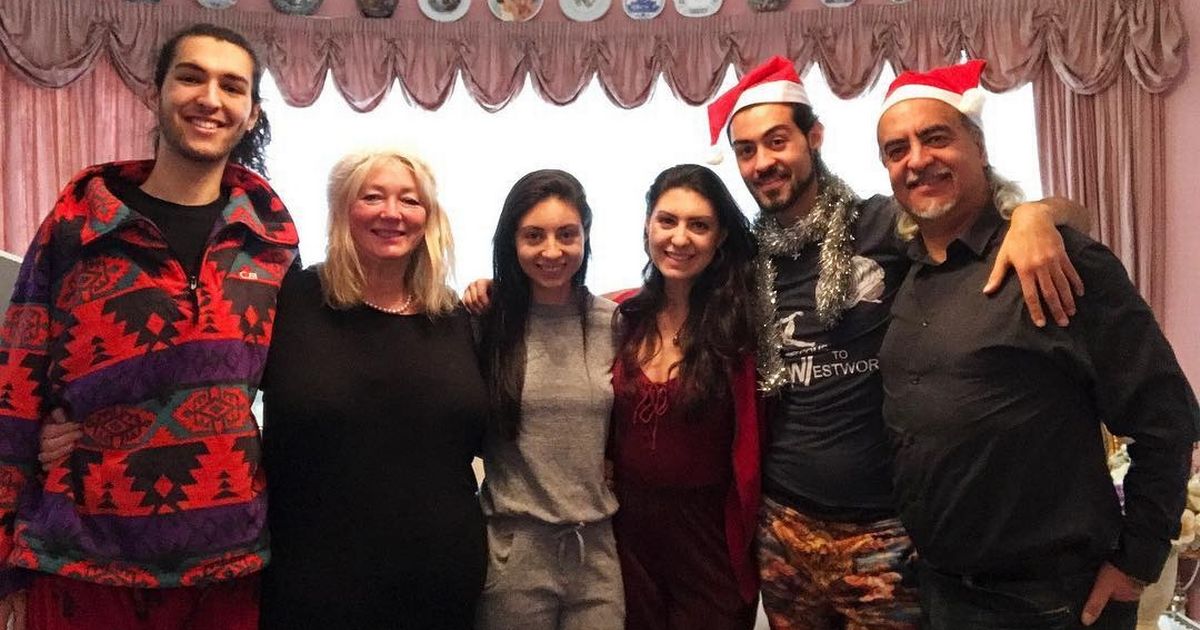 Gogglebox favourite Andy Michael, who has tragically died at the age of 61, said he had the responsibility to support his family after they backed him with his political ambitions

Andy Michael on going from Gogglebox to UKIP candidate

Gogglebox has been rocked by the death of another beloved member of the cast – Andy Michael.

The father-of-four tragically passed away last weekend aged 61 with his family by his side following a short illness.

the Michaels were one of the original families on the Channel 4 show when it first aired in 2003 and Andy delighted viewers his incredible insights and hilarious commentary.

Dad Andy was always joined on-screen by beloved wife Carolyne and two of their kids, daughter Alex and son Louis.

Other daughter Catheryne would appear in later series and confuse viewers with her similarity to Alex, while others son Pascal has stayed out of the limelight not joined the family on the sofa.

They were a Gogglebox staple until Andrew revealed he was running as an MP for UKIP in the 2015 general election – and they were forced to give up their place on the show.

The Michaels were one of the original Gogglebox families
(

Speaking about how the show would help his political career, he told the Radio Times: “Having seen 13 families in their natural habitat, you have an insight into British society in its multifarious colours.”

Channel 4 bosses decided that Andrew could not hold a political seat and sit on his sofa discussing the week’s telly, so devastatingly the whole family had to leave in December 2014.

“It’s with great regret that the Michaels are no longer in the show,” said a Channel 4 spokesperson at the time.

“Sadly any Gogglebox cast member who becomes a candidate for a political party will have to step down from their involvement in Gogglebox.

“They have been excellent contributors to Gogglebox, and we are very grateful for all they have given to the show.”

Carolyne admitted the family were sad to be leaving – and was left in tears after being given just five days to choose between the show and her husband’s political aspirations.

“It’s with great sadness that we must say goodbye to the wonderful Gogglebox family. Andy entering politics so can no longer stay with it,” she wrote on Twitter.

“We’ve loved every minute of our involvement. It’s the best show on TV and I want to thank everyone for their wonderful support. We’ll miss you.

“Wishing everyone a very Happy Christmas and a Happy New Year with love and all our heartfelt thanks from all the Michael family.”

Carolyne confessed she didn’t want to leave and found it “too painful” to watch the series they were not involved in.

It was seemingly all for nothing as Andrew failed to win the Hastings and Rye seat for UKIP in the election.

Fans were ecstatic when the family returned
(

However, there was a twist in the tale as the Michaels were invited back in September 2015.

“I have a responsibility to keep my family happy after they supported me last autumn. That was a big deal for us. They supported me then, so it’s my time to support them now,” he told The Sun.

“Now I have stepped down from my official position as prospective parliamentary candidate,” said Andrew, “I was happy to step down in order to pick up Gogglebox.”

They returned for series 6 and have been providing us with laughs ever since.

Sadly, it announced today that Andy has died at the age of 61.

A statement released by Channel 4 and Studio Lambert on behalf of the family read: “We are deeply saddened to share the passing of Gogglebox star Andy Michael at the age of 61 following a short illness.

“Andy passed away last weekend with his family by his side.

“Retired hotelier Andy, who brought much wit and insight to Gogglebox, was one of the show’s original cast members, appearing in the very first episode in 2013.

“Beloved father to Katy, Alex, Pascal and Louis, and cherished husband of Carolyne, Andy was a much-loved and respected member of the Gogglebox family, and he will be very sadly missed.

“Our love and thoughts are with Carolyne and the entire family. The family have asked for privacy at this very sad time”.