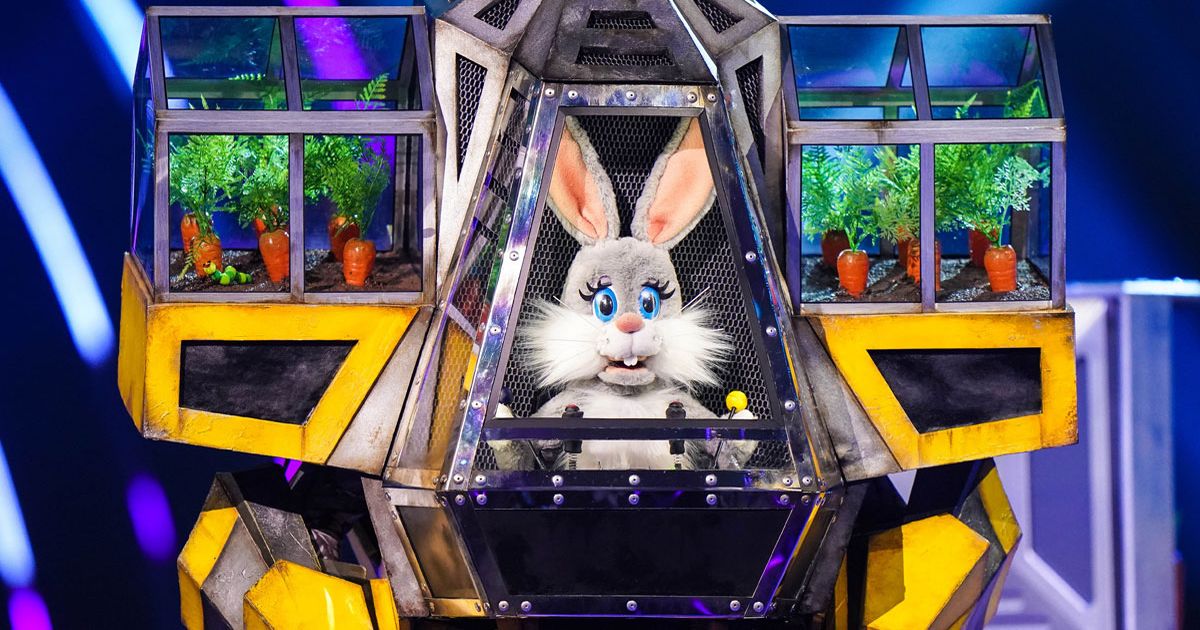 Robobunny has wowed fans on the ITV’s The Masked Singer so far. Here we take a look at all the clues and fan theories as the popular character makes it to the final of the ITV show

Robobunny has impressed on The Masked Singer so far.

They have wowed the judges with their incredible singing voice. Their ability to switch between vocal ranges had some fans of the show questioning whether there might be two people under the mask in a show first.

They describe themselves as a “real softie, who’s part of a machine”, with some convinced that this particular clue hints at them being part of a band or a group.

Here we take a look at all the clues so far and the fan theories as Robobunny makes the final of the ITV show.

Robobunny opened their time on the ITV guessing game by singing a totally unexpected version of Saving All My Love For You.

During the first episode, the clue they gave was: “I might be made of metal but that doesn’t stop me making a splash.”

They have also appeared to suggest that going on the show was a way for them to reinvent themselves, as they said in the opening episode: “So, you take it, humans. Allow me to introduce myself, I am Ro-ro-bo-bo-Bunny! You thought it was a real tough guy aye?

“That’s just my shell. I’m actually a real softie, who’s part of a machine. Now I’m not going to ‘rabbit’ on about hard exteriors, but I will say, that I’m here to ‘Control-Alt-Delete’ what you know about me. So buckle up, because I came to play. Let’s hop to it.”

They revealed they are part of a big family and hinted at a link to gospel music.

“It’s well known that rabbits come from big families, and this bunny is no exception,” they said in a clue package, “You could definitely say it was Poppa Bunny that inspired my talent. And that’s the gospel truth. Sometimes people have said isn’t SHE good. Confused?”

Robobunny could be Mark from Westlife or Donny Osmond, according to fans
(

Some fans are sure they’ve sussed it out to be Mark Feehily from Westlife after they chose to sing Dynamite for their clue song, as they believe it links to Westlife’s album called Dynamite.

Other popular suggestions include Donny Osmond whilst after the Year 3000 popped up in tonight’s clues, some fans are with the judges and are convinced it must be one of the men from boy band Busted, with most guessing it’s Charlie Simpson.