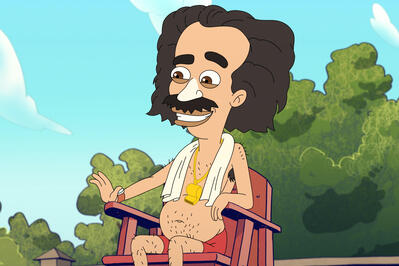 The Netflix Top 10 list won’t tell you how many people are watching a show, but it will tell you which shows people are watching the most. The Top 10 list for Wednesday, Dec. 9 still finds Selena: The Series in the No. 1 spot, while Big Mouth steadily holds on to No. 2, followed by the Jessica Chastain thriller Ava at No. 3. The only new addition to the top 10 today is the star-studded crime thriller Triple 9, which ranks at No. 5.

Based on Netflix’s Top 10 from Wednesday, Dec. 9

Three very talented actors — Jessica Chastain, Colin Farrell, and John Malkovich — are all pretty under-utilized in this generic thriller about an assassin (Chastain) who is targeted by her own black ops after a hit goes wrong. (Yesterday’s rank: 7)

For fans of: Crime thrillers, saying “hey, I know them” over and over | Is it good?: The movie itself is hit or miss, but the cast is solid

Triple 9 is one of those movies that are more notable for their actors than their plot, with the stacked cast including the likes of Gal Gadot, Kate Winslet, Woody Harrelson, Anthony Mackie, Norman Reedus, Chiwetel Ejiofor, and Casey Affleck. The film itself centers on a group of criminals and corrupt cops who are recruited by the Russian mob to pull off their biggest heist yet, setting off a dangerous chain of events in the process. (Yesterday’s rank: n/a)

Budding superstar Anya Taylor-Joy (she’s been cast as young Furiosa in the next Mad Max movie) stars in this literary adaptation as Beth Harmon, a brilliant but troubled chess champion in 1950s Kentucky. She was an orphan who, in her youth, developed an incredible skill for the game but also a debilitating addiction to pills, which quiet her obsessive mind. It’s a detailed character study of brilliance and madness that’s usually reserved for male characters. It comes from one of Netflix’s go-to limited series producers, Godless‘ Scott Frank. (Yesterday’s rank: 6)

Jim Carrey’s 2000 adaptation of the Dr. Seuss book has become a holiday classic for plenty of people. If you’re a fan, you’ve probably already made a plan to revisit it for the holidays. (Yesterday’s rank: 8)