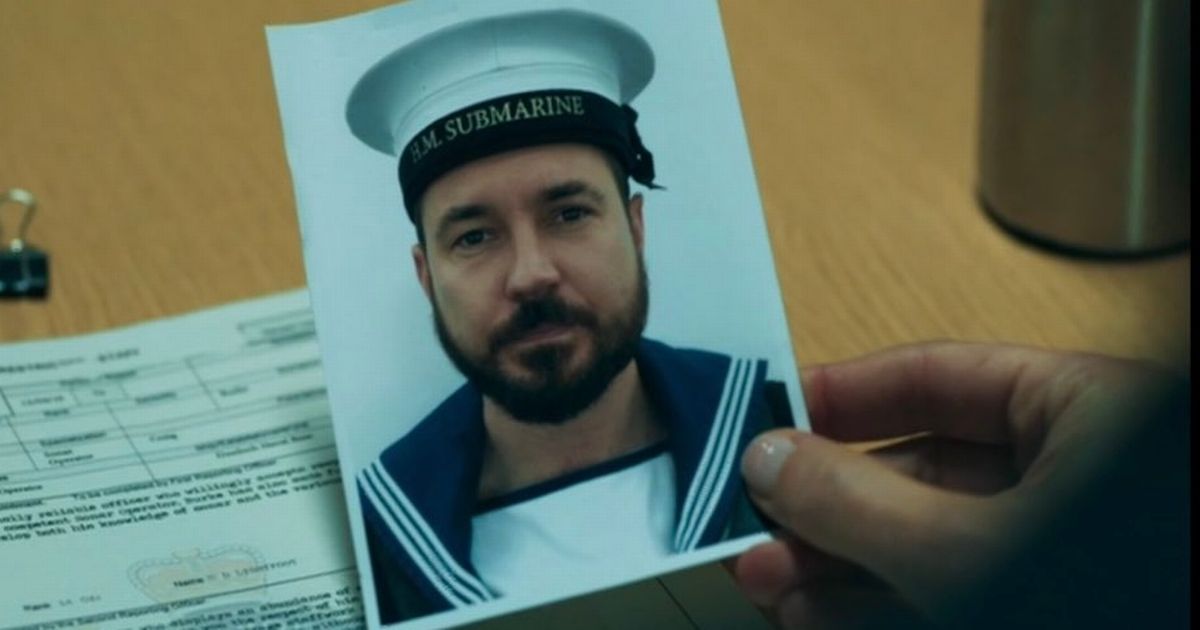 TV viewers prepped themselves for the latest BBC drama in the form of Vigil on Sunday night – and quickly likened it to another fan favourite.

The series follows the mysterious disappearance of a Scottish fishing trawler and a death on-board a Trident nuclear submarine which makes the police face off with the the Navy and British security services.

Many eager viewers expected Line of Duty star Martin Compston to take up a large part in the series, but his character didn’t last long at all – eight minutes to be precise.

And a scene in which Suranne Jones’ character asked what the dead man’s name was left viewers having flashbacks to a shot from Martin’s previous police drama Line of Duty.

As she was passed his service records and his health records she stared at the passport-style photo.

Fans were quick to jump onto Twitter to share the resemblance of the scene including James Nesbitt on Line of Duty.

One shocked fan on the social media platform wrote: “this gives off the same energy #LineofDuty #Vigil,” as they shared side by side images of the mugshots from both dramas.

Another fan agreed with the comment, replying: “Yes!!! Will be interesting to see what Martin has to say about it!”

And a third joked: “At least Martin got to speak.”

Fans were quick to praise the gritty drama and labelled it as the show “to fill the void left by Line of Duty”.

One commented: “Thought I’d watch the start of #vigil @BBCOne then do something else and watch the lot tomorrow!! it grabbed my attention right away I’m glued to the telly now.”

The show’s creator Tom Edge earlier spoke out about how the real life tales of submarines had inspired him to create this new mystery.

Speaking at the BFI, Tom teased that mental health when put under this enormous amount of pressure could play a key factor for trouble in the ship.

“There’s people who do some incredibly hard work in isolating and tense conditions and who have to subsume every other part of them while they do this job in a twilight existence,” he said [according to Esquire].

“One of the things I found very moving early on in our research was that the people serving on these boats get one message a week from one designated family member of 100 words or less.”

And he said he found it shocking that the first you’d know about a loved one dying would come about an hour before the end of the patrol.

*Vigil returns tonight at 9pm on BBC One

BBC Vigil’s Suranne Jones top roles from Corrie to Vanity Fair but which is your fave?