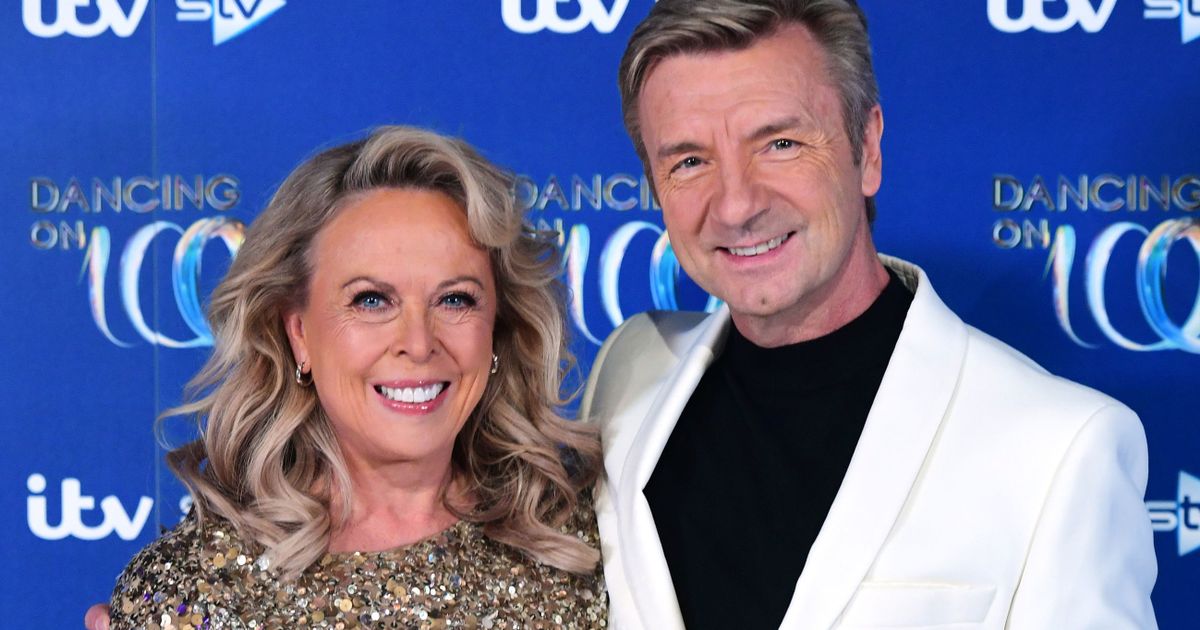 Jayne Torvill and Christopher Dean are convinced that this year’s Dancing on Ice will be far smoother than the crisis-hit series of 2021 – because the celebrities are better prepared.

But this year the training has been extensive and the contestants are more familiar with the Covid protocols.

Chris said: “Last year practice got pushed – squeezed – whereas this year the celebrities have gone through the process of getting introduced to the ice longer.

Other celebrities in 2021 were forced to quit after testing positive for Covid.

There were a number of injuries on last year’s show
(

Chris added: “Last year, we were all flying by the seats of our pants over what has to happen. And I think, this year, we all know from the protocols what’s going to have to happen and what people need to do. We have more information and I think this year it’s going to run smoothly.”

The pair say the standard of the group of 12 is the highest they’ve seen in 14 series of working on the show.

Jayne said: “We usually have one or two standouts but this year there’s a half a dozen of them that could potentially become the champion. So the standard for the first show is going to be the best ever.”

But that doesn’t mean there aren’t some who are struggling…like Happy Mondays star Bez, who is suffering from eyesight problems. Jayne explained:

“When he came to do his meet and greet, he’d been in another reality show, it was a boxing show, in which he’d been knocked unconscious.”

Chris, 63, said he’d just seen him again and he was still suffering problems from being knocked out. “He’s got double vision. This was like three months since I’ve seen him. I said, ‘How are you doing now, Bez?’ And he said, ‘Well, I’ve still got double vision, but I’m going to put these corrective glasses on. I hope it’s going to help my skating.’”

Jayne, 64, laughed: “He is such a great character, and has a sort of a cult following as well, people really want to see what Bez is going to do next.”

The couple came up with a plan to push boundaries on the long-running series by using a drone to film one of their own performances.

Chris explained: “We’ve always tried to do something new. This year we’re going to do a whole number filmed with a drone, which it’s a really complicated process because the drone flies in a 3D space. It’s going up and around and below us, between our legs.”

“He becomes a part of the routine as well. He has to be as well versed in what we’re doing – to choreograph the shots. It’s very nimble, but it has to be very precise at the same time. And it’s not something that can be programmed.

Oti Mabuse is new to the judging panel this year
(

“He has to do it at the same time as we’re doing it. So we’re definitely pushing that from a technical point of view. It’s never been done before.”

He admitted it had the potential to go “horribly wrong” during a live show.

“That’s why you practice – he’s only hit us a few times!”

The couple say that they suggested Oti Mabuse as the new judge, who will replace John Barrowman. “We put the idea forward when it came up,” Chris said.

“I believe that she’ll have a very credible input and at the same time, be fun and interesting. I think people will respect her opinion.”

“I always say David Beckham but actually, I’ve changed my mind. I like the guy from Bridgerton, Regé-Jean Page.”

*The new series of Dancing on Ice starts this Sunday at 6.30pm on ITV