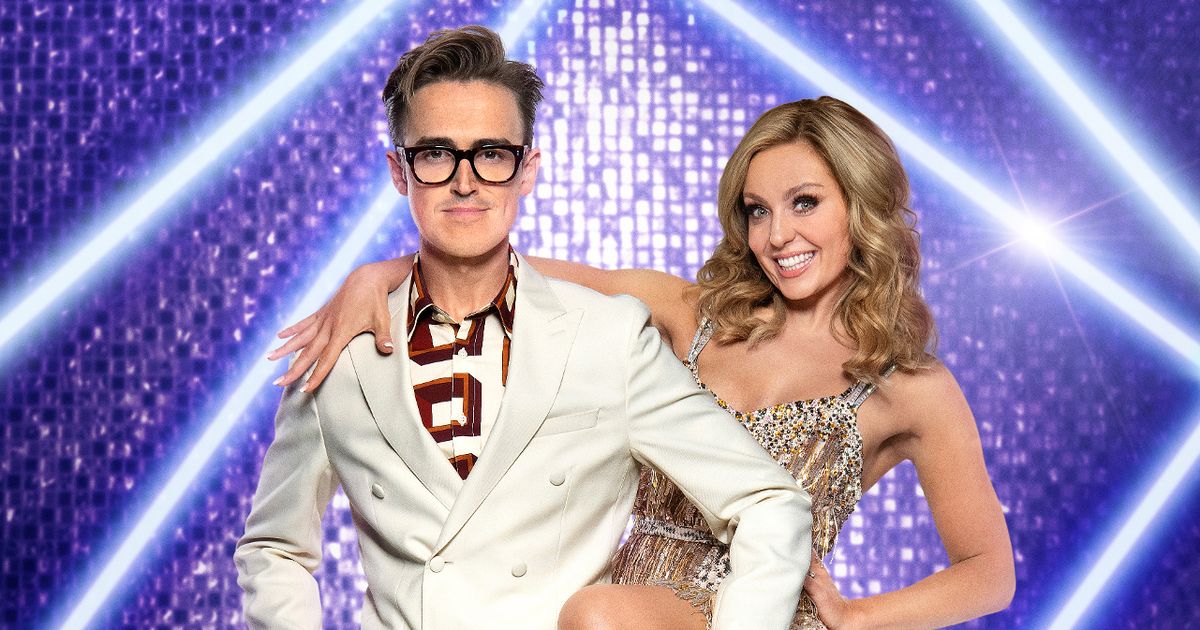 Sources close to the production of Strictly Come Dancing have warned the McFly star and dance partner Amy Dowden might miss two weeks of the show if they haven;’t recovered in time

There are fears that Tom Fletcher could miss a second week of Strictly Come Dancing after he and partner Amy Dowden were forced to pull out of this weekend’s shows after testing positive for Covid.

The 36-year-old pop singer and his 31-year-old dance professional partner were gutted to take a pause on Strictly this week after they contracted Covid.

The pair, who have both been vaccinated, will be absent from both the main show and the results show this weekend as they take time out to recover – and to protect other Strictly cast members from the virus.

But now there are concerns the McFly frontman could end up missing a second week should he find he is still unwell after his isolation period ends.

And even if he and Amy are back to feeling healthy, they would have just three days to perfect a dance routine ahead of the subsequent weekend of shows.

A source told The Sun: “Amy and Tom need to be isolated until Tuesday at least and then they will have to undergo another test and make sure they are fit and well enough to train.

“Just being passed Covid-free doesn’t mean they will be out of the woods.”

The source claims the duo are concerned that they will only have three days to get their next dance memorised once they are cleared from quarantine.

They said: “It means they aren’t likely to get back into full rehearsals until Wednesday which means they face a race against time to learn their routine.

“Amy is sharing ideas, steps and moves via video for Tom. They are both determined that as soon as they are able to start training again that they will be able to hit the ground running.”

The source went on to say Amy is giving Tom “homework” so they can be ready to train with all cylinders blasting once they are able to mingle again.

Strictly has been in crisis this year after launching with a ‘return to normal’ following the stripped back process of the 2020 series.

With most cast and crew now fully vaccinated, the show returned last month with all the fanfare of past seasons – with a live studio audience and jaw dropping dance routines.

But it subsequently emerged that a number of dancers on the show had refused the Covid vaccine – leaving bosses concerned there could be Covid outbreaks during the 2021 series.

Ironically, Tom and Amy’s Covid outbreak comes despite them both being double vaccinated.

Tom and Amy tested positive for Covid despite being vaccinated
(

They have been granted a “free pass” to make it through to next weekend after being forced to miss out of this weekend’s episodes while they recover.

Last year, Nicola Adams and Katya Jones were forced to quit the contest after one of them tested positive for Covid as the show was filmed before the vaccine had been approved and distributed.

Strictly Come Dancing continues on BBC One tonight at 6:45pm