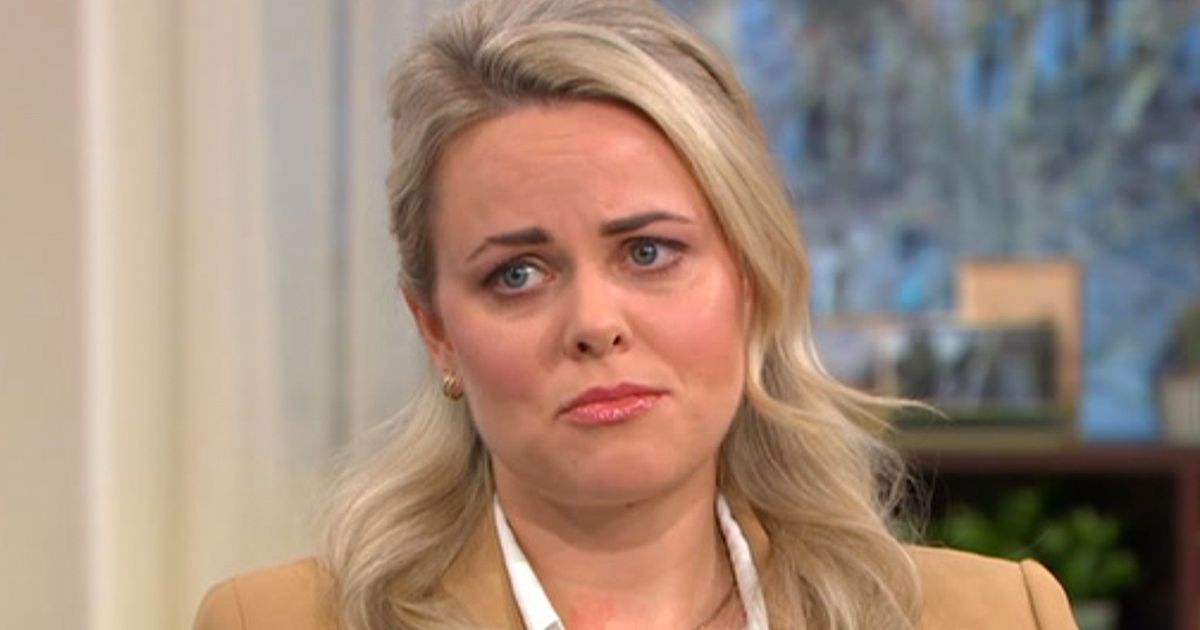 Cecilie Fjellhoy, a victim of the Tinder Swindler, says she pities Shimon Hayut for conning her out of £200,000 after meeting on the dating app, as she describes him as a ‘very empty soul’

A woman who was a victim of the Tinder Swindler pities the fraudster who conned her out of £200,000.

Cecilie Fjellhoy appeared on This Morning today, where she was interviewed by Phillip Schofield – who has now returned to the ITV show after a week of isolation following a string of positive Covid tests – and Holly Willoughby about her ordeal.

She explained that she had been left with huge loans in her name after what happened – but she says she pities the man, who she knew as Simon Leviev, but his real name was Shimon Hayut, even after he conned her out of so much money.

Cecilie Fjellhoy said she pities the man who conned her

The story of her ordeal is the subject of a new Netflix documentary, which also features a number of other women who were swindled by the same man for money.

Speaking on the ITV show today, she said: “I think for all of us, the worst thing is that he’s still out there. We put ourselves out there, we did this to protect others and to get him behind bars.

“If we saw him now, we all have a very strong hate for him but I pity him as well because he’s a very empty soul. He has no friends, he has no family. He doesn’t care anyone, he has no empathy.”

Holly said she was a fan of the Netflix documentary

She added: “Imagine living that life and I was like don’t uphold him to this standard, he’s a sad individual.”

It comes after Cecilie admitted she had been declared bankrupt in the UK a fter her ordeal.

She said: “It’s over £200,000 now and it’s a high interest loan so it’s still accumulating. I’m bankrupt here in the UK, but most of the loans are in Norway so I’m in this limbo state that I don’t know how much it’s going to be yet.

“It’s impossible to pay it down, you want to, you don’t want to be in this situation but what can you do it’s too much.”

She also hit back at those who blamed her for what happened, insisting the fraudster was “very smart” about it all.

“The thing is that they are very smart about it. He doesn’t ask for money the first time, it’s more security of the name,” she explained, “I know it’s the same thing but when you’re in it, he’s asking ‘I can’t use my cards, like they’re going to track my name, can I use your card?’ So that’s how they started it.”