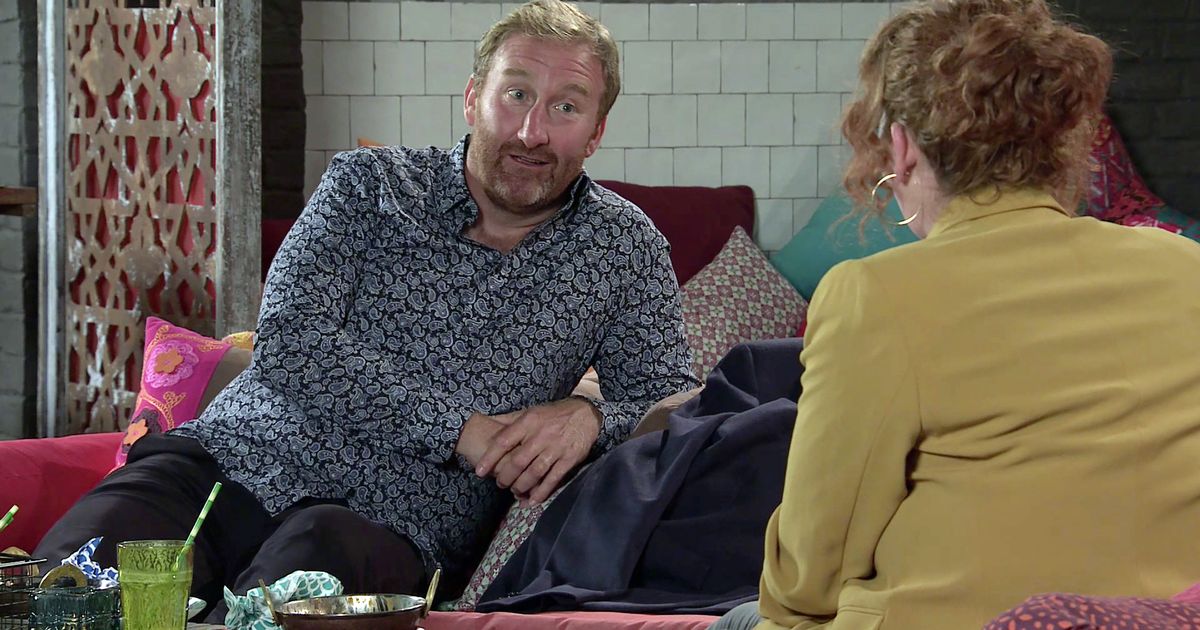 Coronation Street fans have ‘worked out’ a link between Fiz’s new man Phill and her evil ex John Stape, as they predict a devastating twist for the Corrie legend on the ITV soap

Coronation Street: Fizz asks Phil to move in with her

Coronation Street fans have “worked out” a link between Fiz’s new man Phill and her evil ex John Stape.

Fiz (Jennie McAlpine) has been quite unlucky in love in the past. She was married to John (Graeme Hawley) for a few years – but he turned out to be an evil and manipulative villain, before she eventually found love with Tyrone Dobbs (Alan Halsall) after John’s death.

However, things didn’t quite turn out well for her and Tyrone either, and the pair ended up splitting up after Tyrone went off with a younger woman, Alina. Things do seem to be looking up for Fiz after meeting new man Phill Whittaker (Jamie Kenna).

Fiz has been unlucky in love – until she met Phill
(

“I think he’s something to do with John Stape. Not sure what it is yet. Maybe brother?” one fan wrote.

A second added: “I think Phill is John Stape’s brother,” as a third shared: “I wonder if Phill is related to John Stape.”

Things have been going well for Fiz and Phill

Actor Jamie Kenna previously revealed to The Mirror that he was only meant to be on the soap for a few episodes.

“I think my agent put me forward for the role of Phill, which was originally seven or eight episodes but potentially more,” he said, “She put me up for it not knowing the history. [Corrie casting director] Gennie Radcliffe said, ‘We really like Jamie, we want to go for him.’ So the audition process happened two years ago for a completely different part!”

Fiz was married to John
(

Speaking about the role, he added: “I was over the moon [to be cast as Phill]. Something like Corrie is so massive and iconic and I’ve had lots of friends who have come through the show, either as guests or regulars. No-one says anything bad about Corrie.

“It’s weird as I’ve been in the business for 22 years. I’ve done lots of work but to step onto the cobbles is something very special.”