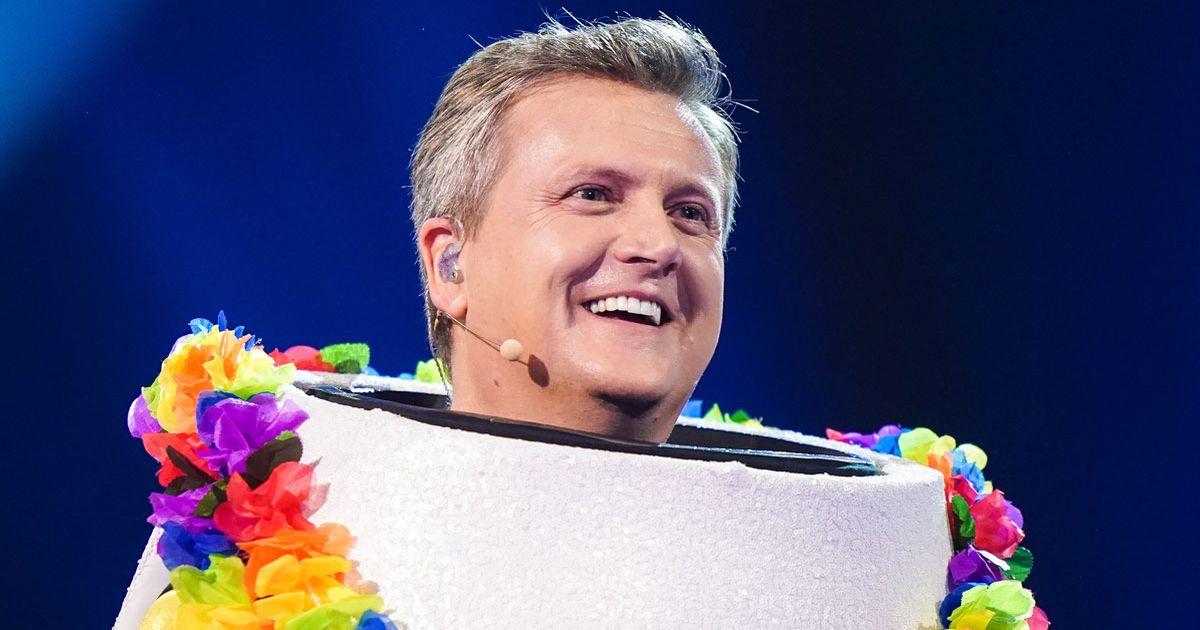 Singer Aled Jones will be touring prestigious churches on his UK tour – and will dress as a traffic cone, in homage to his Masked Singer character.

“I might have a cone costume that might come out at some points,” teases the Walking in the Air singer.

He adds with a chuckle: “I’m that predictable. But not the original costume because it is massive. It’s like seven and a half foot – it was quite heavy as well.” Aled, who was unmasked on Saturday night, required three people to help him into it.

Aled is touring with the traffic cone costume
(

He’ll incorporate some of his songs from the ITV series, including A Million Dreams from The Greatest Showman, but rules out singing the Pina Colada song as he claims it is a “step too far”.

And comic Rob Beckett – who repeatedly claimed to be Traffic Cone on social media this series – is invited to join the fun.

“I messaged him on Saturday night and said ‘We should tour together – this could be the start of a beautiful relationship’,” says Aled. “But he was definitely not in the Traffic Cone costume because there wasn’t room for two – there was barely room for me.”

The series continues Saturday at 7pm on ITV.

He will be touring in prestigious churches
(

Emilia was nominated for a BAFTA
(

Last week, Aled’s daughter Emilia, 19, was nominated for the Bafta best leading actress award for her role in the movie Coda.

He said: “I am so proud of her, such a hard-working, lovely person.”

The star learned the news while practising singing for his tour this month after a year-and-a-half off due to Covid.

He said: “I had a break and watched the ceremony on YouTube, where they did the nominations.

“And I jumped up and down because I was thrilled for her. She loves the work and I’m just a proud dad.”