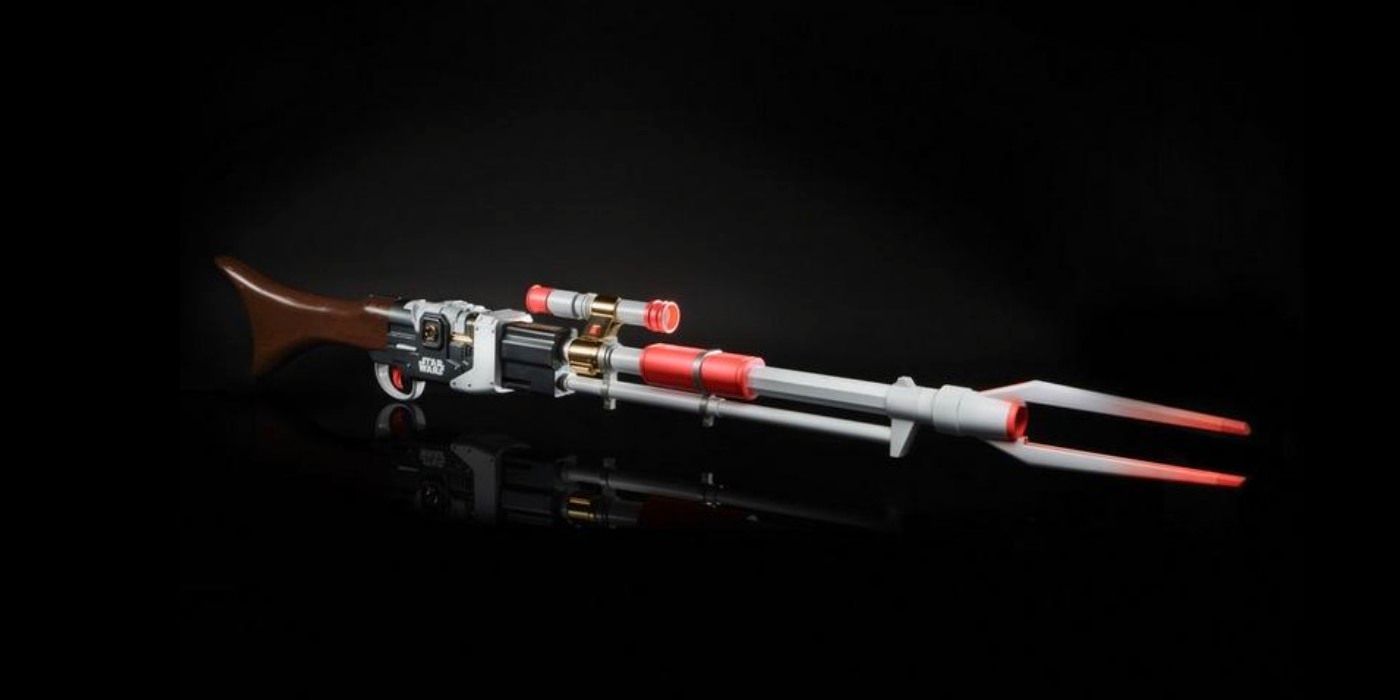 Nerf is known for Star Wars replica equipment made famous from the films. They’ve previously sold props like the blaster of Jyn Erso (Felicity Jones) from Rogue One: A Star Wars Story and the First Order Stormtrooper pistol from Star Wars: The Force Awakens. Back in October 2019 they even released another of Mando’s trademarks from the TV series — his rocket gauntlet dart launchers, known as “Whistling Birds”. The Amban rifle has been Mando’s most recognizable accessory since the start of The Mandalorian, but the pulse blaster’s history can be traced back to The Star Wars Holiday Special in 1978.

The Mandalorian season 2 official synopsis reads: The Mandalorian and the Child continue their journey, facing enemies and rallying allies as they make their way through a dangerous galaxy in the tumultuous era after the collapse of the Galactic Empire.