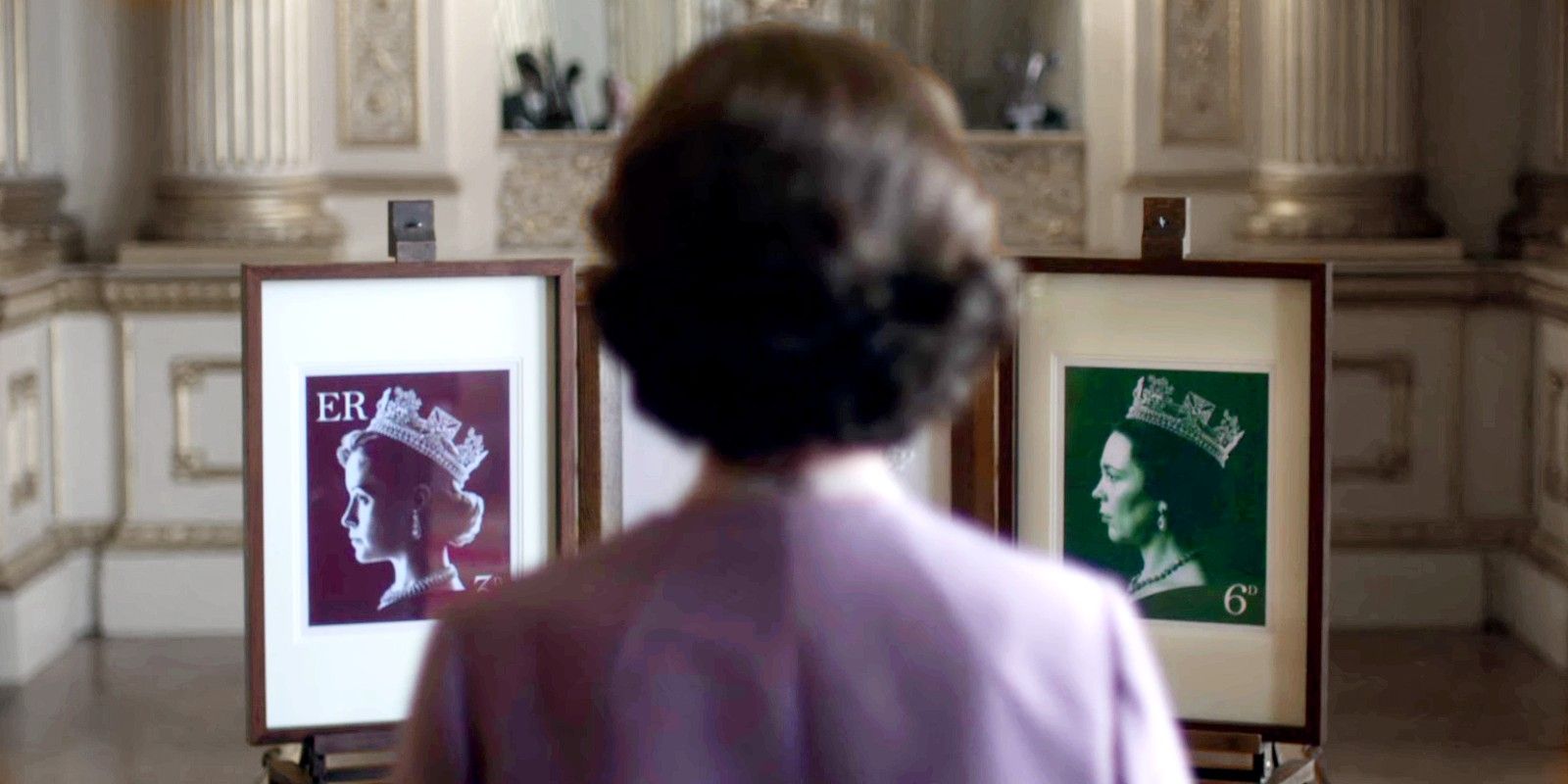 When The Crown season 3 began, it was initially difficult to overlook the physical difference between Foy and Colman, especially since there was no time jump and the transition happened in the same year, 1964. The Crown dealt with it head-on with a cheeky nod as Colman’s Queen surveyed commemorative stamps emblazoned with her Queen and Foy’s young Queen side-by-side. As Colman’s Elizabeth summed up, it was best to “just get on with it” and accept the recasting since replacing the entire cast every two seasons is built into The Crown‘s production plan. While Colman indeed made the role her own, with help from Tobias Menzies, who played the older Prince Philip, Foy was certainly missed and fans wondered if she would return for a flashback or cameo.

Seeing Claire Foy play Elizabeth when she was still just a princess once again wasn’t just a delightful surprise; her cameo in The Crown season 4 did a lot to meld her young Elizabeth with Colman’s sovereign in fans’ eyes. Foy and Colman appearing in the same episode at different eras in Elizabeth Windsor’s life smoothed over the gap of them portraying different generations of the same character. Foy’s 1947 speech about service and love of country also brilliantly juxtaposed with scenes of the young Margaret Thatcher leading the Conservative party at Oxford, telegraphing how the Iron Lady would be opposing the Queen over the United Kingdom’s role opposing apartheid decades later.

At the end of her address on the wireless, Foy’s Elizabeth was thanked and she turned and left the stage, which could symbolically mean that it was the final time she plays the Queen. However, The Crown has proven adept at weaving flashbacks into its narratives, and perhaps creator Peter Morgan can find a way for Claire Foy, Olivia Colman, and Imelda Staunton to appear as all three generations of Queen Elizabeth II when Staunton inherits the role in The Crown seasons 5 and 6.

The Crown Season 4 is available to stream on Netflix.