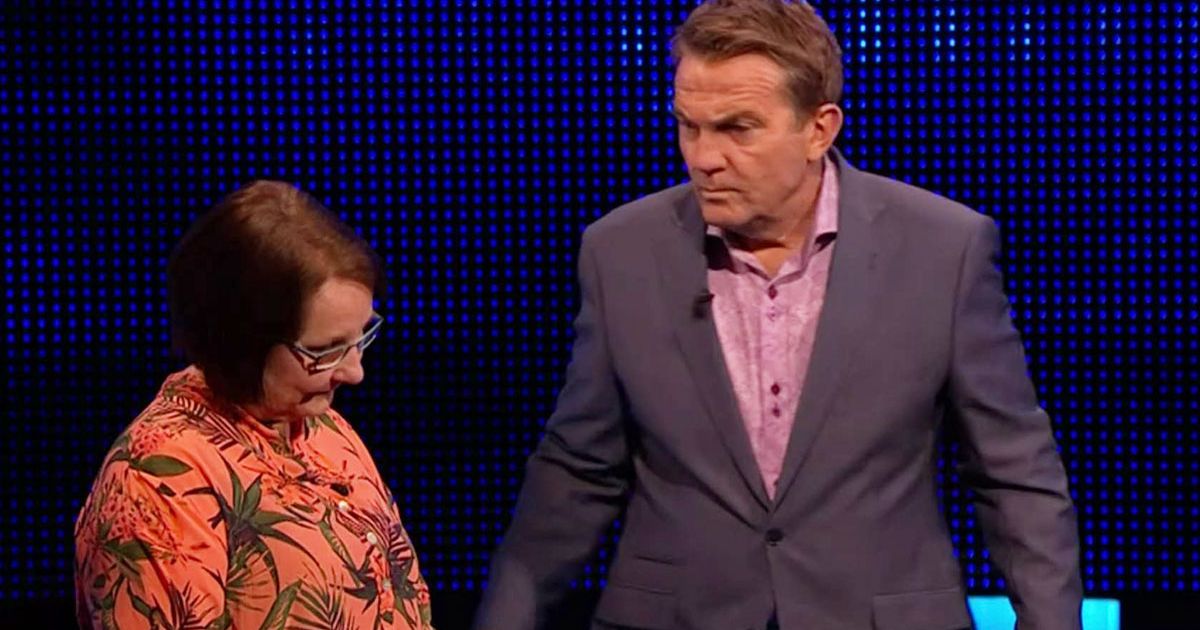 The Chase has seen Bradley Walsh march a contestant off of the main set with an amusing verbal warning.

A rather skilful player, Christine managed to wrack up £3,000 ahead of her solo chase with The Menace, according to Manchester Evening News.

As The Menace prepared to go head-to-head with Christine, Ennis said: “Turns out there’s two things that spew out random things on this show: the computer that does the questions…”

Christine then finished the sentence, saying: “And Bradley.”

In response, Bradley did a theatrical horrified look, prompting Christine to say: “Sorry!”

Bradley then held Christine’s arm and marched her away off the main stage and Christine laughed, saying: “Are we going to have words?”

To this, Bradley playfully said: “You better watch it, Christine. Coming here, making a fool of me, love. I don’t need anyone’s help.”

The former Doctor Who and Coronation Street actor told Christine to “Watch it.”

The amusing encounter between Bradley and Christine certainly tickled fans at home watching the show.

Naturally, The Chase fans at home took to social media to share their reactions to the funny exchange and Christine’s time on the show.

One fan of The Chase wrote on Twitter : “Bradders is hilarious #TheChase ”.

A different ITV viewer penned: “Christine is a hoot ! #TheChase ”

Finally, one Twitter user concluded of the episode: “Lol, it’s not often bradderz is speechless #thechase “.

Bradley theatrically took Christine aside to deliver a warning
(

Earlier this month, The Chase paid tribute to former contestant Mike Johnson, who took part in the show and its spin-off Beat the Chasers.

The Chase’s account released a statement that said: “We are deeply saddened by the news that Mike Johnson has passed away.

“A fantastic Beat the Chasers and Chase contestant, our thoughts are with Mike’s family and friends at this very difficult time.”

It added: “Bradley, the Chasers and production loved meeting and spending time with Mike and making him part of the Beat The Chasers & The Chase family.”

After the sad news, Darragh Ennis tweeted: “Such a sad loss. A really fun and entertaining contestant.”

*The Chase airs on weeknights from 5pm on ITV with previous instalments available on ITV Hub.

What did you think of Bradley Walsh and Christine’s encounter on The Chase? Let us know in the comments below.