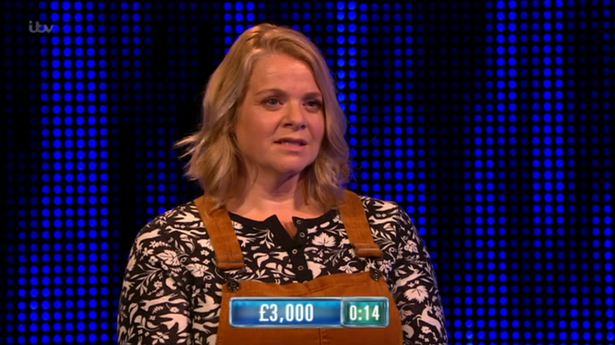 The Chase viewers have been left irritated by a catchphrase host Bradley Walsh likes to use in the ITV quizzing show.

Bradley often tells contestants “the clue is in the question”, implying the questions can be correctly answered if you just read the question carefully enough.

On Tuesday, a player named Julia was stuck on the question: The Estadio Jornalisa Mario Filho is the official name for which football stadium?

The options were A) Estadio Azteca, B) Camp Nou, or C) The Maracana.

Julia guessed A, and said: “I was thinking like a latino sounding name?”

Bradley replied: “Yep, clue is in the question, the correct answer is The Maracana. The word ‘Filho” gives it away.”

“Okay, what does that mean?” asked Julia.

A fifth remarked: “still not much of a clue though – the way he was talking it was as if the answer was writ large!”

Julia went on to play Anne Hegerty, AKA The Governess, before returning to her group, not caught.

* The Chase airs weekdays on ITV at 5pm