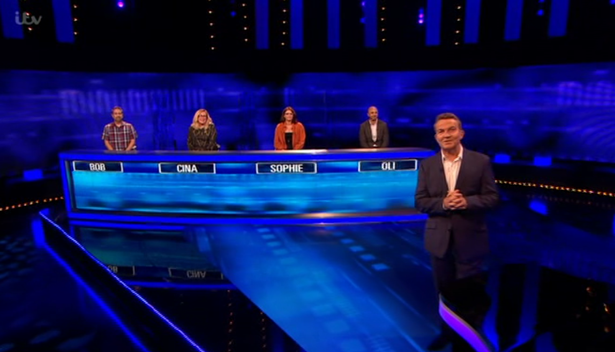 The Chase has aired its first episode filmed since the start of the Covid-19 pandemic and fans noticed the changes ITV had made.

Host Bradley Walsh was back as four contestants battled it out against brainy quizzer Shaun “The Dark Destroyer” Wallace.

And the four players, Bob, Cina, Sophie and Oli, were sitting further apart than usual to allow two metres between them, as is recommended for social distancing.

There was also a clear perspex wall between them to ensure everyone was kept safe from the virus.

But another complained: “A socially distanced #TheChase is a bit weird to watch as one of Bradley’s strong points is his tactility.”

“Not sure how I feel about socially distanced #TheChase,” added a disappointed fan.

* The Chase airs weekdays on ITV at 5pm