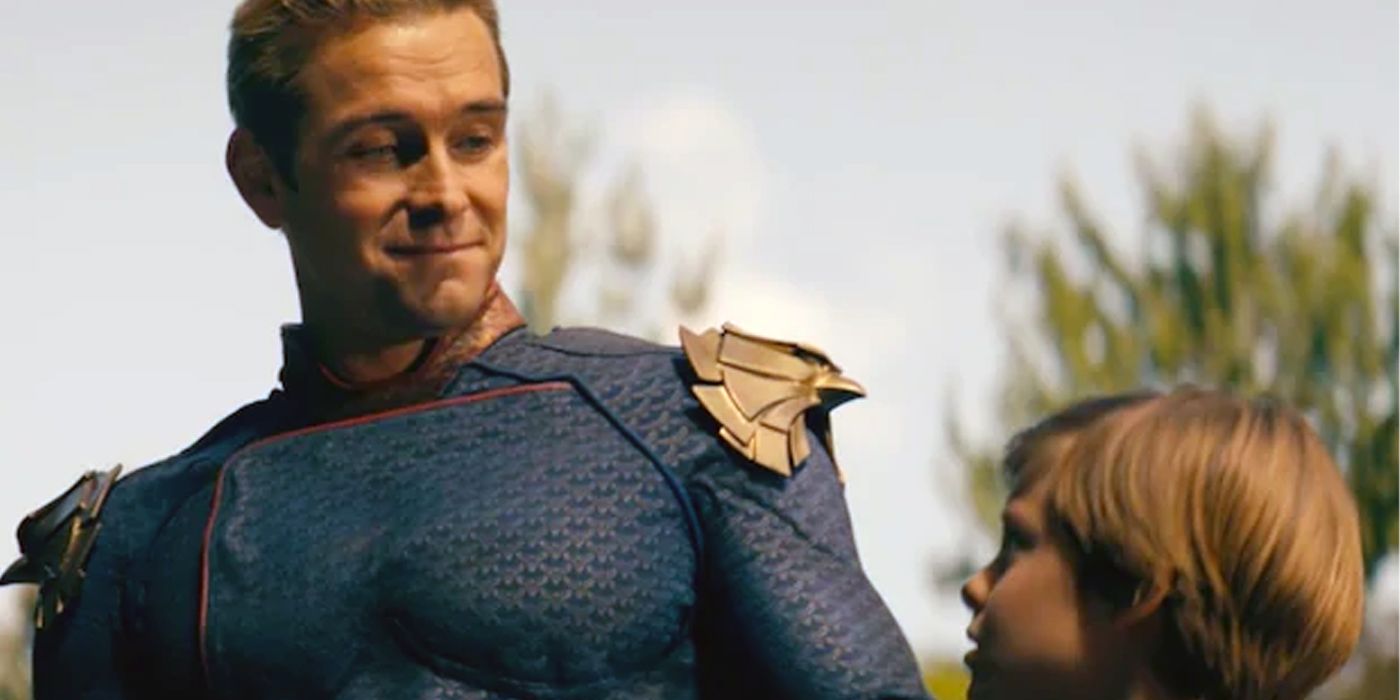 The Boys actor Antony Starr shows his support for the real-life hero who dressed up as Homelander for Halloween. In the world of Amazon’s The Boys (which is based on the comic book series by Garth Ennis and Darick Robertson), superheroes are like everyday celebrities, only they’re far less heroic than one might expect. Starr’s Homelander leads the top superteam, the Seven, and while he might look like the perfect all-American hero, fans know better. Needy, narcissistic, and sociopathic, Homelander is actually The Boys‘ biggest villain.

The Boys season 2, which wrapped just last month, saw Homelander seemingly achieve happiness with his Nazi girlfriend Stormfront (Aya Cash) and his son Ryan (Cameron Crovetti). However, it was soon taken away from him when Ryan brutally attacked Stormfront and fellow Seven member Queen Maeve (Dominique McElligott) got the upper hand over Homelander. The already-in-development Boys season 3 will see Homelander in a rather precarious spot, as he presumably seeks to regain control over those around him. It’s safe to say fans should be very concerned about what Homelander will do next.

However, there’s one Homelander fans don’t have to be afraid of. Over Halloween, news broke that a man dressed as Homelander, Chris Taylor, ran into a burning building to save a trapped man. The news caught the attention of Starr earlier this weekend, who happily shared his support for Taylor on social media. “I w never been a prouder parent,” Starr wrote. Clearly, Ryan has a lot to make up for.

It’s almost a pleasant surprise to see a Homelander that can actually do some good. The Boys‘ Homelander has left a plane-full of people to die, killed innocent bystanders by accident, and conceived his son by raping Becca Butcher (Shantal VanSanten). It’s safe to say that, between his actions and Starr’s incredible performance, Homelander is one of the best villains on television right now. Luckily, however, Taylor found some heroism in the suit, making him a real-life hero that actually proves to be better than the fictional one.

The Boys season 2 left Homelander in a, to put it lightly, rather disturbing place. Fans are certainly curious to see what the star-spangled supe will do next, particularly since season 3 is poised to feature another major villain (Claudia Doumit’s head-popping Victoria Neuman) and original hero Soldier Boy (Jensen Ackles). It’s a good thing The Boys season 3 is already in the process of being written, and that showrunner Eric Kripke has plans for more seasons beyond that. Homelander will definitely be back, and audiences should brace themselves for what comes next.